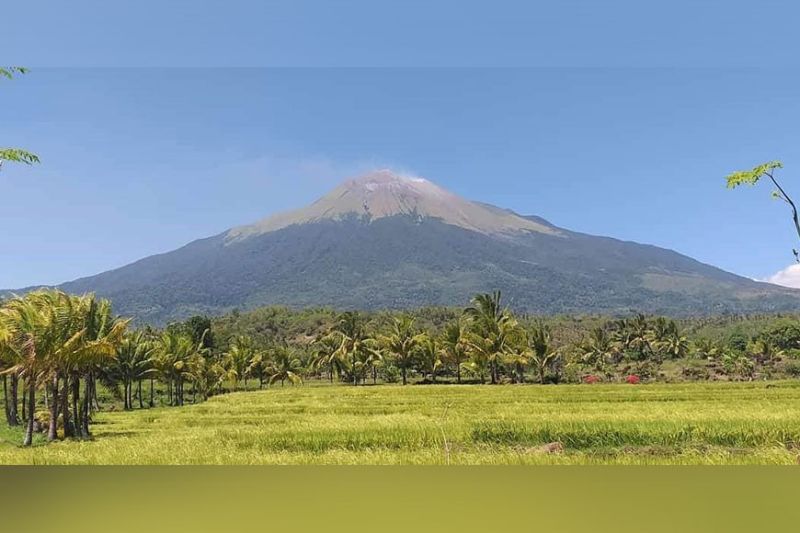 NEGROS. Mt. Kanlaon in Negros Island, which remains at Alert Level Zero, is not affected by the recent eruption of Taal Volcano in Batangas. (Erwin P. Nicavera)

THE recent eruption of Taal Volcano will not affect Kanlaon Volcano in Negros Island.

This was stressed by Zeaphard Caelian, head of the Provincial Disaster Management Program, who said that Kanlaon’s alert level was lowered to alert level zero by the Philippine Institute of Volcanology and Seismology (Phivolcs) in 2019, citing the volcano’s “signs of normalcy.”

“Taal and Kanlaon have separate activities,” Caelian pointed out.

Canlaon is classified as the third active volcano in the Philippines.

The volcano is the highest point in Negros, as well as the whole Visayas, with an elevation of 2,465 meters above sea level.

Its latest eruption happened in 2006.

Ferrer said these LGUs have crisis management teams to immediately act in case the volcano erupts.

La Carlota City, La Castellana and Moises Padilla are located at the foot of Canlaon, he pointed out.

In an advisory, Phivolcs said the volcano’s main crater has resumed blasting lava into the air that generated steam-laden plumes of up to two kilometers.

It reiterated that fine volcanic ash can cause irritation and breathing problems especially among the elderly and children. Long-term exposure may be harmful to respiratory health.

Affected populations were advised to avoid inhalation of ash and use N95-grade face masks or wet cloth, or towel when going outdoors.

Motorists were advised to drive with extreme caution as ash can cause poor visibility and, when wet, can make roads slippery. (With reports from SunStar Philippines)