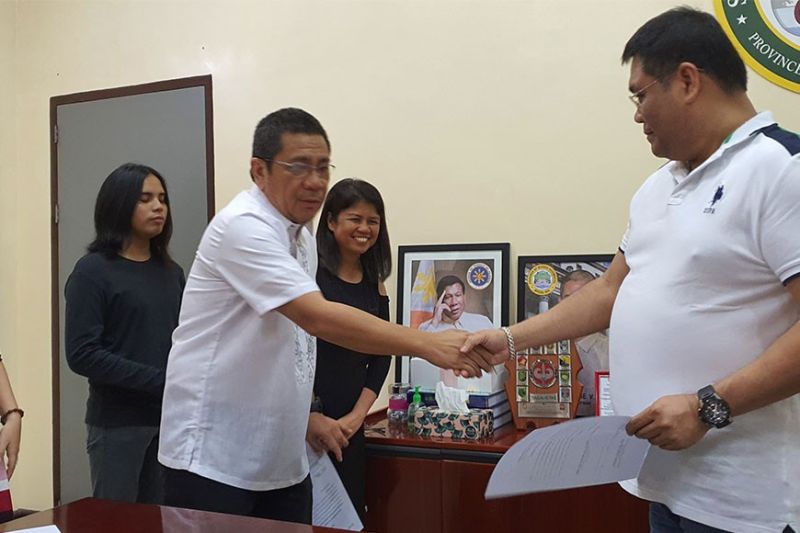 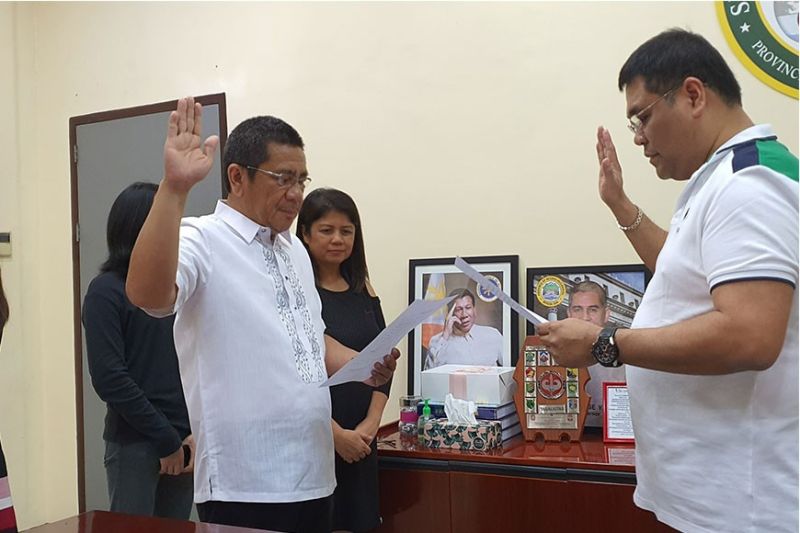 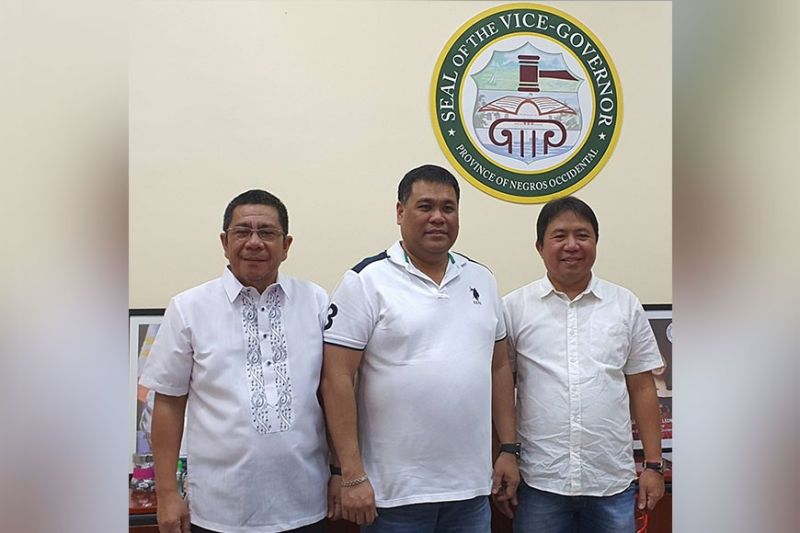 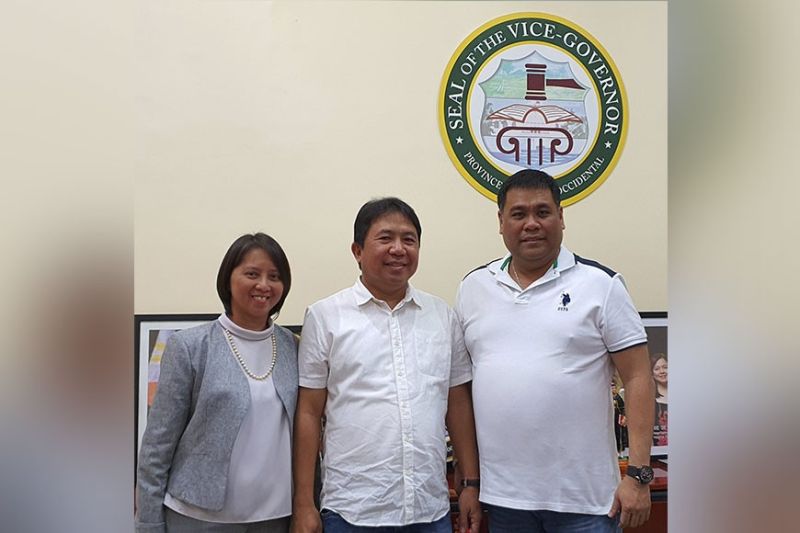 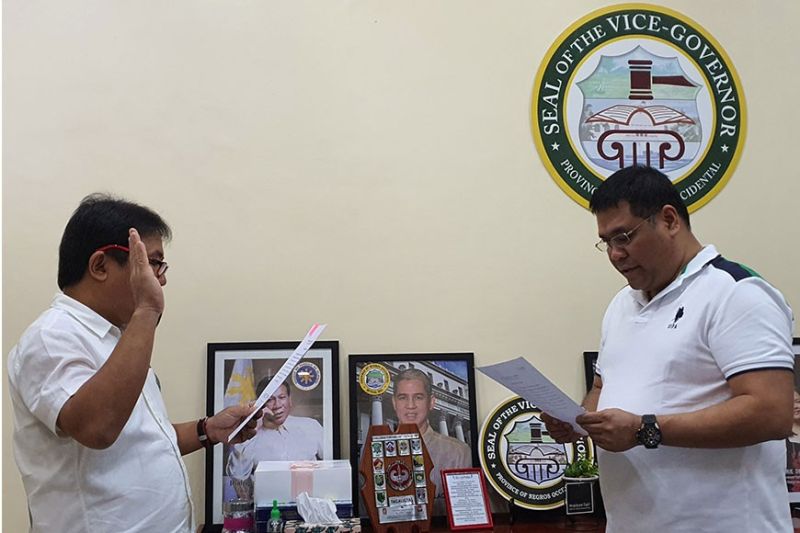 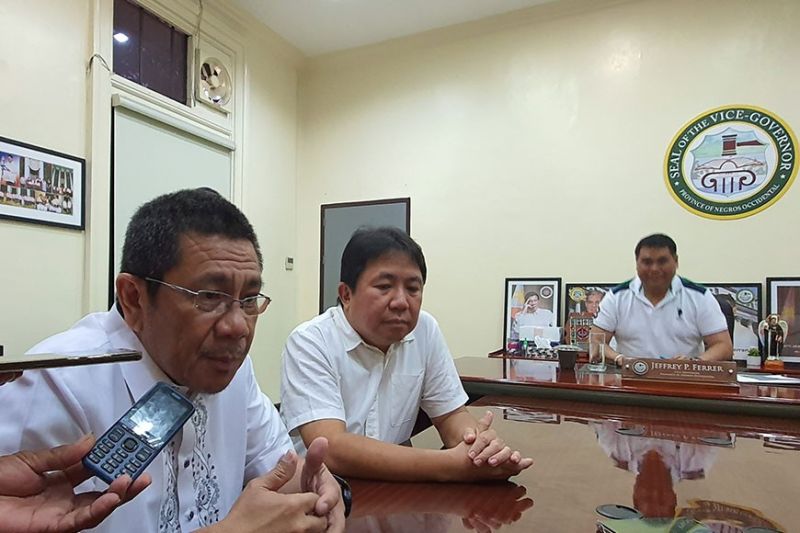 BACOLOD. Acting Governor Jeffrey P. Ferrer congratulated Mayor Rex Jalandoon and family after he took his oath of office before him. (Photo by Carla N. Cañet) 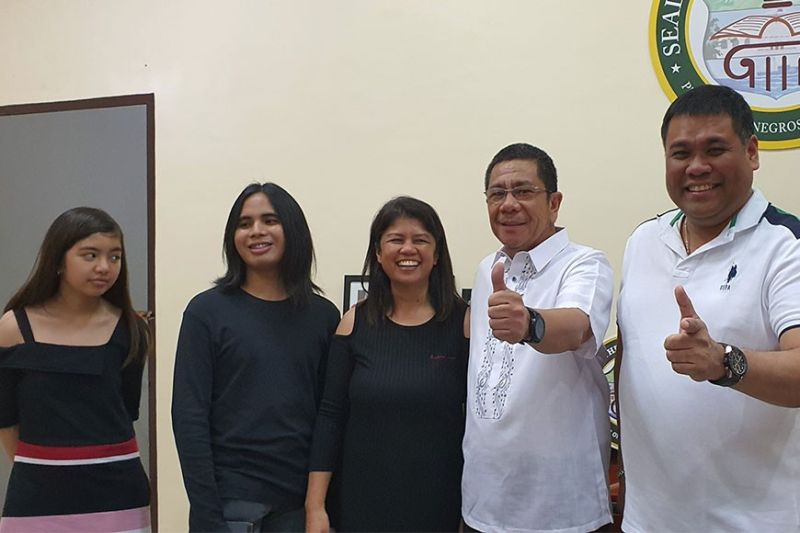 Ferrer administered the oath of office of the two officials who were elevated to the top and second-highest positions in the city, being their former congressman of the 4th Congressional District, mayor, and councilor of La Carlota City and as their party mate holding the second-highest position in the Province of Negros Occidental.

Vice Mayor Baga was joined by his wife Dorle.

Acting Governor Ferrer congratulated the two officials and asked them to continue delivering the commitment of the late Mayor Jalandoni which are to carry out good governance, continue the implementation of the projects and programs that the late mayor has already commenced.

“Mayor Jalandoon is not new to us as we were serving as councilors of the city, he was our vice mayor and he already knew how to manage the affairs of the city. He has his own projects in mind and it is up to him to implement it. After all, we belong to one party with one vision,” Acting Governor Ferrer said.

Mayor Jalandoon said that he and Mayor Jacky have many development plans for the city.

“We have been together for four years and this is our fourth year. All the plans are in place except for the few plans. But that should continue whatever we started together. But I too have my personal developmental projects that I have conceptualized ever since he left public office which I have been recommending it to Mayor Jacky. But I will find ways and means to push through with the projects that I have envisioned for the city aside from the current developmental projects. All things will continue in La Carlota City,” he said.

Jalandoon plans to pursue the establishment of a circumferential road that will connect the four entry points in the city namely Ayungon, Central, Ma-ao and Cubay.

“This will entail more or less P600 million but can be done in phases. This plan aims to double or expand the growth area of La Carlota. Secondly, I plan to increase the bed capacity of Don Salvador Benedicto hospital from 25 to 50 beds to expand the health services in the city including the neighboring towns. Thirdly is to improve the quality of water by bringing down water supply from Guintubdan to La Carlota City. The water quality is no longer the same as 10 to 20 years ago. But no joint venture will be entertained. We can manage on our own. The last one is to increase the support to the La Carlota City College so that it can bring more people in,” he said.

Meanwhile, Vice Mayor Baga said the Sangguniang Panlungsod is a collegial body. Whatever programs and projects of the mayor, the council will support it.

David is serving his last term as councilor but also served as the former vice mayor of the city.