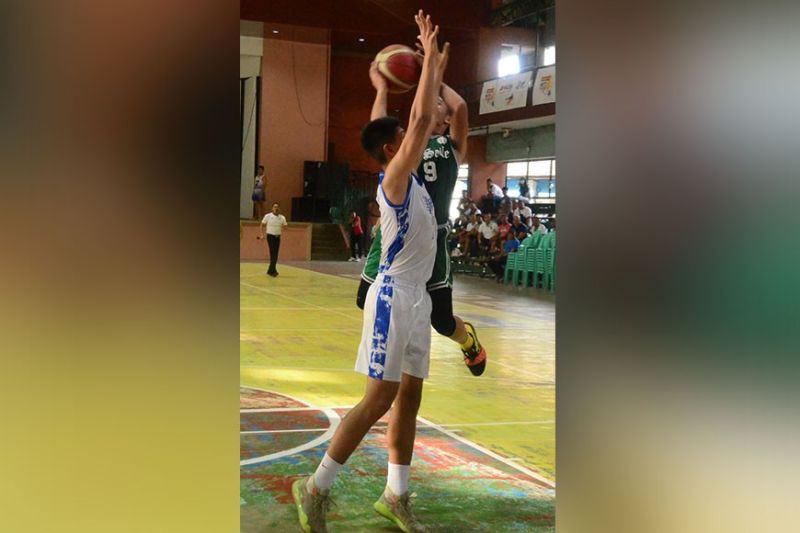 Both teams played an intense and physical game with the Junior Stingers able to register 10 blocks in this game against the Baby Falcons. However, SJI able to neutralize the momentum with a couple of steals and rebounds.

Justine Co fired 32 points, wherein he scored 20 points in the second half, to lead the Baby Falcons in a huge victory over the hard fighting Junior Stingers - who did not give up until the final buzzer. Co also got some support from Joshua Baldonado with 20 points and Kyan Andrada with 11 points.

In the other match, the La Consolacion College-Bacolod maximized their height advantage as they unshielded the San Nicolas de Tolentino-Recoletos Knights, 89-59 to share the No.2 spot in Group A.

The Titans outplayed Negros Occidental High School, 133-92 with a dominating 35-18 first quarter and a 30-16 second period performance. Having a 65-34 advantage going to the second half, the Titans further widen their lead in the 3rd canto with a 38-25 run to register a 103-59 scoreline entering the final quarter.

Joshua Dayon sizzled for 33 points, including 6 triples, to spearhead Titan’s dominance as Jessie Amago and Rommel Hechanova added 18 points each alongside Rafael Catalonia, Mico Exaltado and Ejay Resolis with 16, 15 and 11 points, respectively.

Meanwhile, NOHS got their points from Adrian Diaz and Jomel Pontino with 22 and 20 each.

Livingstone International School, on the other hand, finally get into the winning column with a 94-80 win over Sum-ag National High School Golden Stags, which suffered their back-to-back loss in the tournament.

John Mermida and KA Bayon led Livingstone with 24 and 20 points, respectively, as Saul Jimenez and Javey Bacton adding 17 and 14 points each. Meanwhile, Allen Leonidas spearheaded the Golden Stags with 20 points as Baby Alfred Morales and Ian Espadera added 15 and 11 points each.