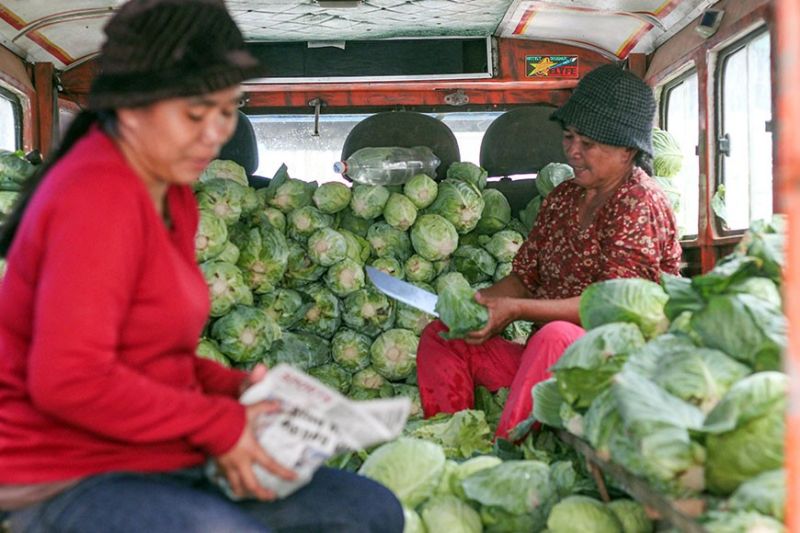 LA TRINIDAD. Packers sort vegetables at the La Trinidad trading post were bulk of highland vegetables are delivered before they are distributed to the different markets nationwide. Farmers and traders are appealing to Manila Mayor Isko Moreno not to close Divisoria even for three days as it would hamper the delivery of highland produce. (Photo by Jean Nicole Cortes)

LA TRINIDAD, Benguet -- An appeal is being made to Manila Mayor Isko Moreno not to pursue the three-day closure of Divisoria which would hamper the delivery of vegetables affecting heavy losses to farmers and traders.

To pave way for the celebration of Feast of Sto. Niño, roads leading to Tondo including Divisoria area will be closed to vegetable traders from January 17 to 19.

The feast of Sto. Niño in Tondo, the most populous district in the city, is celebrated every third Sunday of the month.

“Once the three-day closure persist, there are no purchase from Divisoria. Where will we put our produce?” Bulawan said.

Bulawan appealed to officials of Benguet Province and La Trinidad to help them communicate with the local government of Manila in order to lessen the days of closure.

“We are asking. We are begging the LGU of this province, of this town, to help traders especially the farmers to have a discussion from both government,” Bulawan added.

Bulawan further explained the three-day closure will later make huge impact for both traders and farmers as bulk of the vegetables from the trading post goes to Divisoria.

At least 1.2 to 1.5 million kilograms of vegetables are being brought to the trading post everyday and triples during holidays and peak season.

Bulawan meanwhile said if the plan to close Divisoria in three days pushes through, he urged farmers not to bring their produce at the trading posts noting problems on its disposal.

La Trinidad Mayor Romeo Salda on Monday, January 13 meanwhile assured farmers they will communicate with the local government unit of Manila adding they are scheduling a talk with Moreno to discuss matters and make clarifications on the appeal of the traders and farmers.