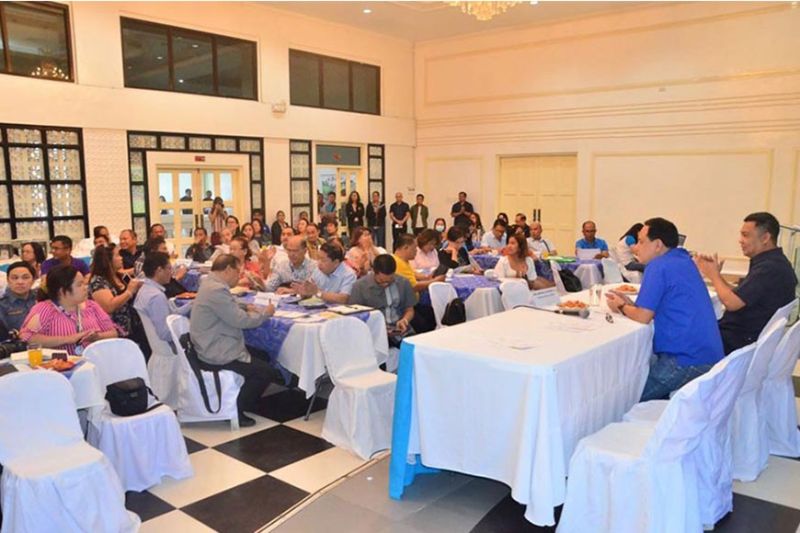 Iloilo Governor Arthur Defensor, Jr. called for a meeting with the municipal mayors, national government agencies, and non-government organizations for the campaign of “Limyo Iloilo” on Tuesday, January 14, 2020, at the Casa Real. (Capitol PIO)

Iloilo Governor Arthur Defensor Jr. on Tuesday, January 14, 2020 called for a meeting with the municipal mayors, national government agencies and non-government organizations for the campaign.

During the meeting, it was agreed that Limpyo Iloilo will be officially launched on February 21 and will be conducted every third Saturday of the month.

This project will be spearheaded by the Provincial Government Environment and Natural Resources Office (PGENRO).

The campaign aims to harmonize and strengthen local and national cleanup initiatives and waste reduction strategies; reduce littering, throwing and illegal dumping of wastes along roads, plazas, waterways and other public places; and boost the spirit of volunteerism and social harmony in the province.

Defensor said he wants to achieve the identity of Iloilo province as “a clean province.”

He asked for the commitment of project partners, particularly schools for the campaign.

“We want to institutionalize the habit of cleaning our premises. And this is just a conscious implementation of the laws and regulations that have something to do with solid waste management,” the governor said.

The Provincial Government has previously launched several cleanup initiatives amid the dengue scare in 2019, especially every Saturday.

These include the Brigada Eskwela Kontra Dengue, a province-wide cleanup drive held every Saturday which lasted for a month, and the one-day cleanup of the entire Capitol premises. (SunStar Philippines)