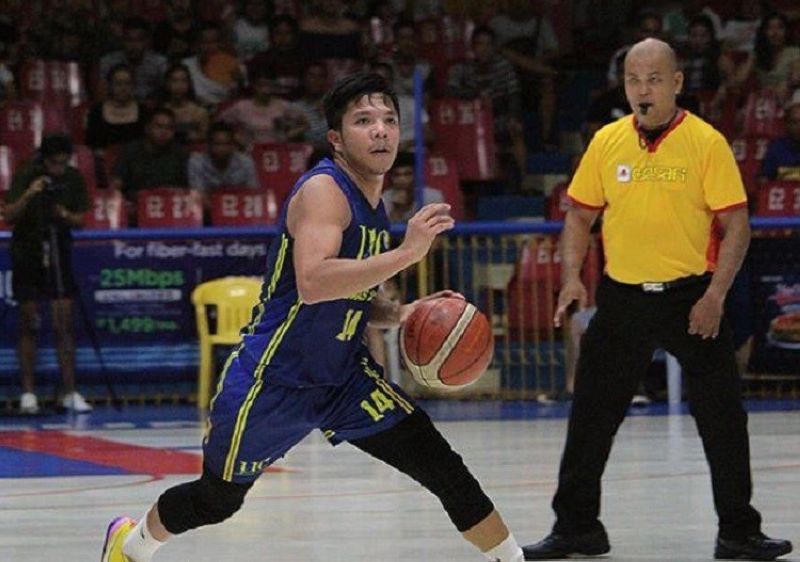 CEBU. Former UC guard Darrell Shane Menina is looking forward to getting an opportunity to play in the PBA D-League. (Photo courtesy of Cesafi Media Bureau)

TWO of Cebu’s best guards, Darrell Shane Menina and Jaybie Mantilla, are seeking to take their game to the next level as they make up part of the 137-man draft pool in the 2020 PBA D-League Draft on Monday, January 19, 2020.

Menina, a member of the Mythical Five in the Cesafi this past season, is looking forward to reminding basketball pundits over in Manila of who he is after leaving Mapua and National University a couple of years ago.

Joining him in the D-League Draft is Mantilla, a one-time Most Valuable Player (MVP) of the Cesafi, who is now back with the Cebu-Casino Ethyl Alcohol in the Maharlika Pilipinas Basketball League after playing for the University of the Philippines in the UAAP. Two of Mantilla’s teammates on the Cebu team--Nichole Ubalde and Fletcher Galvez--are also joining the draft along with another Cebuano guard in former UAAP Juniors MVP, Jerie “Koko” Pingoy.

“I’m 100 percent ready. I need to improve on my weaknesses and apply the things that I have learned in UP and USJ-R,” said Mantilla.

The 6-foot-6 Malonzo is one of the most sought after amateurs today after the 23-year-old Filipino-American made quite an impression in his lone year at La Salle.

Meanwhile, the 6-foot-3 Tungcab has recently been included in the Gilas Pilipinas pool for the 2021 Fiba Asia Cup. That's despite the 22-year-old guard being sparingly used in his run in University of the Philippines, and he's looking to prove himself worthy in the PBA D-League.

The two are expected to banner the fresh field of dreamers who are taking their first step in their dreams of making it to the PBA.

For the fourth straight year, AMA Online Education will be picking first in the annual draft proceedings.