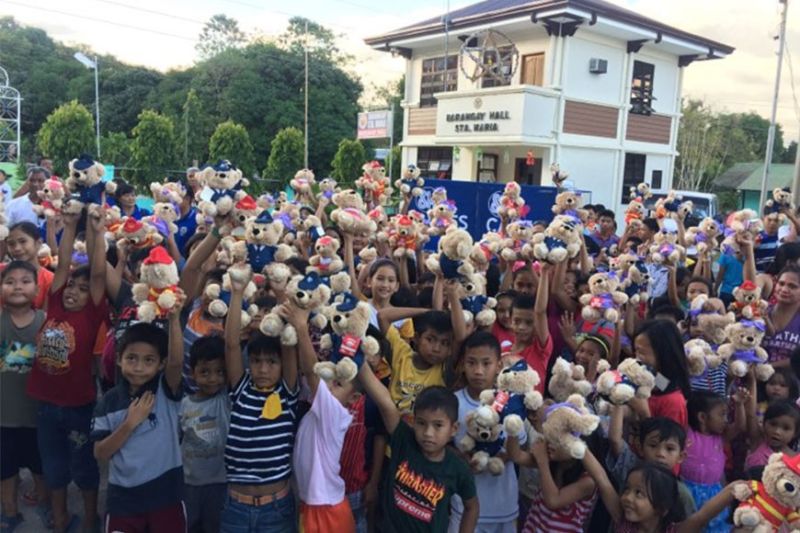 SM City Tarlac distributed hundreds of "Bears of Joy" purchased by shoppers who bought two bears for P200 with the other bear for gift-giving.

The SM Bears of Joy is an annual charity project of SM Cares, SM Supermalls and Toy Kingdom which aims to offer shoppers the opportunity to share their blessings and bring smiles to children’s faces despite their busy holiday schedules.

"We are happy that our school is chosen by SM as its beneficiary for the SM Bears of Joy," William Cawigan, Head Teacher I of Paquilliao Elementary School, said.

The pupils were all smiles as they received their SM bears. The advisers were also very happy for their respective pupils. They took photos and selfies while the pupils raised and instantly played with their new fluffy and huggable toys.

After the gift-giving, the students along with the teachers and SM volunteers sealed the happy moment with the famous “Tala” dance.

Aside from Paquilliao Elementary School, the DSWD Amor Village and Rehoboth Children’s Home Inc., along with other children in Brgy. Sta Maria, Camiling were also chosen as beneficiaries.