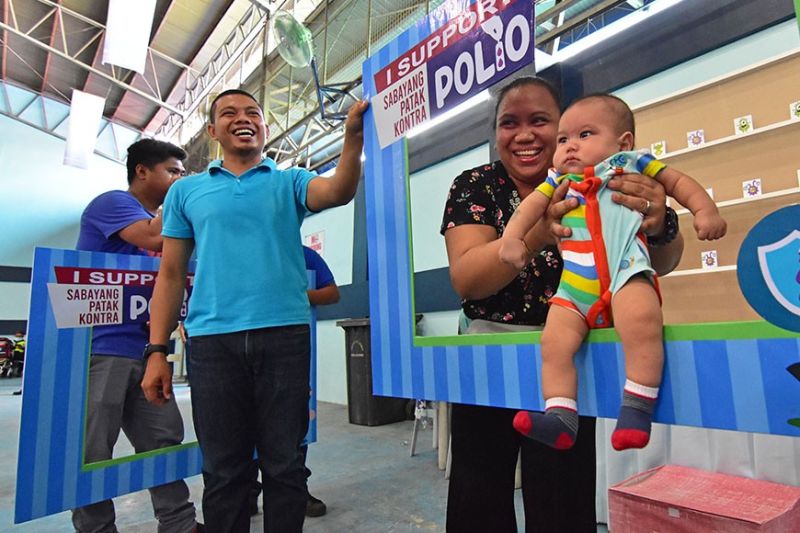 AFTER the scheduled third round, the Davao City Health Office (CHO) will add two more rounds in the citywide mass vaccination against polio virus, following the discovery of another type of polio virus in one of the waters in Mindanao.

CHO technical division chief Dr. Julinda Acosta said the extension of the Sabayang Patak Kontra Polio was ordered by the Department of Health (DOH) a week ago after the re-emergence of type 1 poliovirus in Maluso, Basilan was discovered.

Acosta said the first case of polio after 27 years was confirmed in Sabah, Malaysia on December 6, and revealed to have genetic links to the polio case found in Basilan.

The health official said the extension is a measure to prevent the virus from spreading.

She added the first three rounds were only a preventive measure against the type 2 virus, wherein a polio outbreak was declared after the first case of a three-year old girl was found to be polio type 2 virus positive in Lanao del Sur in September last year.

"From time to time, the cases have increased. We do not know when the virus will spread, that is why we need to be sure that all children will have the dosage against all of three types (of polio virus)," Acosta told Sunstar Davao on Wednesday, January 15.

She said they cannot simultaneously give the OPV2, and OPV1 and 3 in the third round.

For the third round, the health official said they target to reach a 110-percent immunization coverage, following the success of the second round, which exceeded 105-percent. This is more than 95-percent requirement that would ensure the "immunity herd" of the children.

Although she said the figure also includes those from outside Davao City, she said they will also vaccinate children outside the city.

The Sabayang Patak is a synchronized immunization conducted in all health centers and house-to-house visits in all barangays in the cities. Vaccines were also distributed to other venues, such as private hospitals, malls, schools and churches, which helped increased the city's immunization coverage.

She added neigboring provinces in Davao Region should also strengthen its immunization coverage to ensure the region will be "polio free".

DOH-Davao director Dr. Annabelle Yumang said they targeted 575,845 children in their massive polio immunization campaign and they recorded a total of 549,662 children 0-59 months-old who were vaccinated.