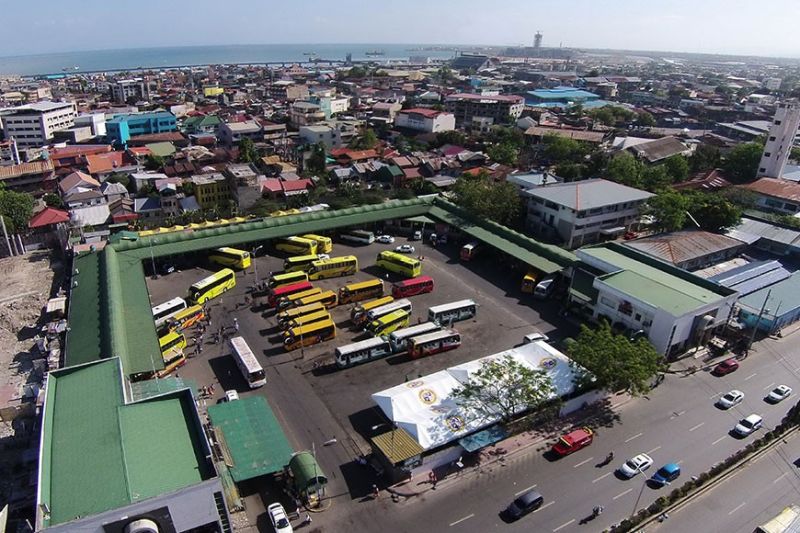 TEMPORARY. The Cebu South Bus Terminal will be closed on Sunday, Jan. 19, 2020, for the Sinulog culminating activity, the grand parade. The temporary terminal would be near the SM Seaside until the end of the parade. (Sunstar File)

SOUTHBOUND passengers are reminded of the temporary relocation of the Cebu South Bus Terminal (CSBT) for the Sinulog grand parade on Sunday, Jan. 19, 2020.

CSBT officer-in-charge Carmen Quijano said bus operators were already informed of this and they will be moving their vehicles to the El Pardo Industrial Road at the South Road Properties near SM Seaside.

The temporary transfer will start at 3 a.m. Sunday until the end of Sinulog festivities.

The purpose of the buses’ transfer is to convert the CSBT on Natalio Bacalso Ave. into a parking space for the Cebu City Government’s Sinulog guests and the headquarters of the Provincial Disaster Risk Reduction and Management Office (PDRRMO) for the duration of the grand parade, the Sinulog culminating activity.

President Rodrigo Duterte is expected to grace the Sinulog, as announced by the Office of the Presidential Assistant for the Visayas, and the CSBT will be used as parking space for vehicles

The Land Transportation Office will give special permits for jeepneys to fetch passengers from the temporary terminal near SM Seaside. Two routes are available for jeepneys with special permits: One will take passengers to the Mambaling area near the flyover, where jeepneys regularly ply, and the other will go to the Compania Maritima near the Cebu City Hall, using the Cebu South Coastal Road, according to a Capitol information office report.

Traffic from corner V. Rama Street in Natalio Bacalso Avenue will be closed to accommodate Sinulog contingents and dancers who will be exiting from the Cebu City Sports Center where the grandstand is located, the report said.

The Cebu City Council, in a resolution, earlier asked Gov. Gwendolyn Garcia to allow the closure of the terminal and to transfer its operations on Sinulog day because the terminal is located close to the parade route and the Cebu City Sports Center.

After a meeting with Quijano Tuesday afternoon, Garcia granted the request of the Cebu City Government.

In a separate interview, PDRRMO chief Neil Angelo Sanchez said on Wednesday, Jan. 15, the CSBT is an ideal emergency staging center since it is only 1.2 kilometers away from the Cebu City Sports Center.

“We are not praying for any untoward incident, but our response will be faster if we are just within the vicinity. The area at the CSBT is also big so we can set up a staging area. This means that when the need arises, we can also conduct treatment,” Sanchez said.

Aside from the command post at the CSBT, Sanchez said personnel at their main office at the Capitol will continue to be on duty.

The local disaster management offices of the towns of Medellin and Tabogon, as well as the cities of Danao, Lapu-Lapu and Mandaue will also be stationed in strategic areas along the carousel or parade route.

“We’ve already activated our task group and emergency preparedness and response for Sinulog. Of course, the main group would be the Cebu City DRRMO, which we in the Province are supporting in terms of deployment and mobilization,” Sanchez said.

The Provincial Health Office will also deploy ambulances and medical personnel for the devotee city for out-of-town pilgrims which will open on Friday,

A search and rescue team will be on standby for the fluvial or seaborne procession on Saturday, Jan. 18. (RTF with PR)