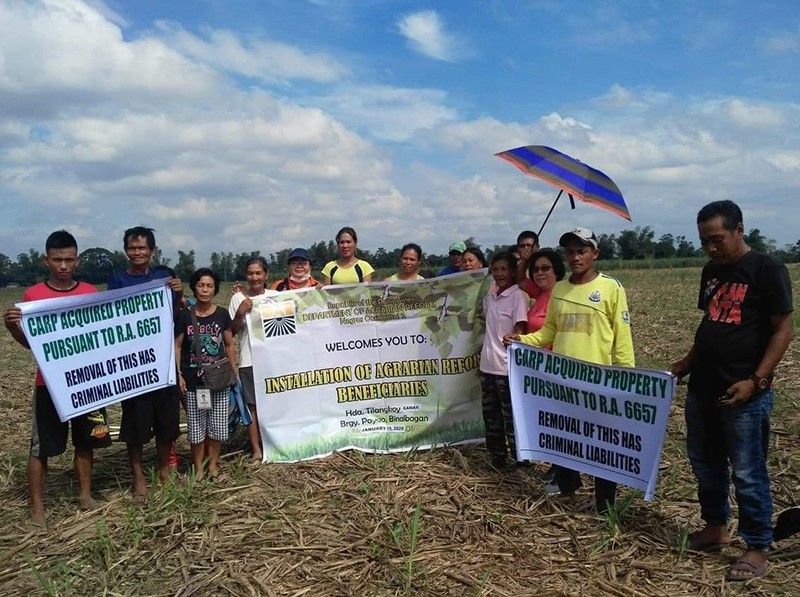 These seven agrarian reform beneficiaries (ARBs) are now the owners of the 11.10-hectare landholding formerly owned by Consuelo Lopez and Jose Nadie Arceo after receiving their certificates of land ownership award (Cloas).

The property is located at Hacienda Tilangkoy Gamay at the said barangay.

DAR Municipal Agrarian Reform Program Officer Gloria Canonero, who led the installation rites, lauded the farmers and encouraged them to be productive and empowered ARBs.

Canonero encouraged the farmer-beneficiaries to develop their lands by availing bundles of support services from various government agencies specially the DAR.

She also reminded the farmers of their obligations and responsibilities, particularly in paying their taxes to the government and annual amortization of their land to the Landbank of the Philippines.