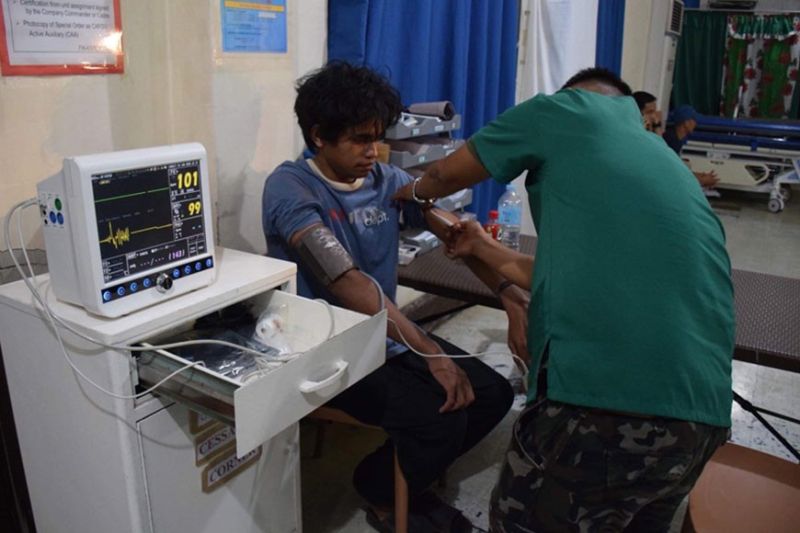 ZAMBOANGA. A military physician checks the health condition of Muhammad Farhan, 27, an Indonesian fishermen, whom the troops rescued on Wednesday, January 15, from captivity by the Abu Sayyaf bandits in Indanan, Sulu. (Contributed photo)

GOVERNMENT troops have rescued an Indonesian fisherman from Abu Sayyaf captivity in the hinterlands of Sulu, a top military official announced Thursday.

Sobejana said Farhan was rescued around 6:45 p.m. Wednesday, January 15, in the village of Bato-Bato, Indanan, Sulu after some residents informed the troops of the whereabouts of the Indonesian.

“We are very pleased with this remarkable accomplishment of our Joint Task Force Sulu,” Sobejana said.

“Our ground troops have succeeded in rescuing all remaining captives of the Abu Sayyaf Group (ASG). This proves that our sustained rescue efforts and security operations to run down and degrade ASG have been very effective. Hence, this breakthrough will be sustained to thwart kidnappings, dismantle the terror group to bring about peace and sustainable development in Sulu,” he added.

Farhan was kidnapped along with his father, Maharudin Lunani, 48, and Samiun Maneu, 27, a crew, while they were fishing on September 23, 2019 in Tambisan waters, Lahad Datu, Malaysia.