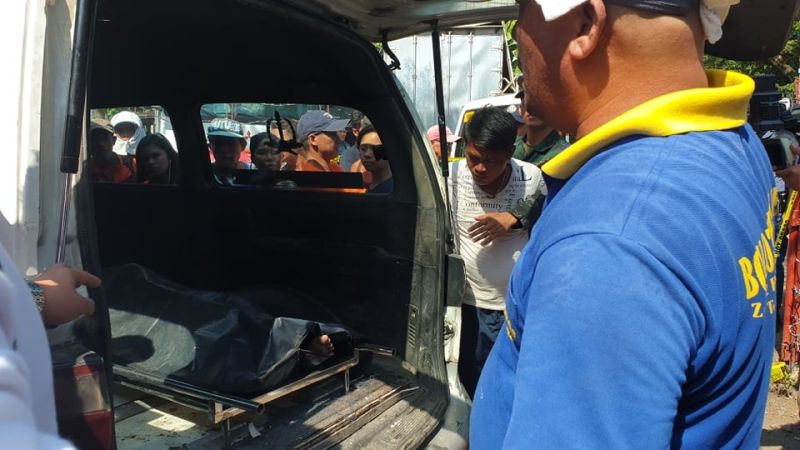 CAGAYAN DE ORO. The body of an unidentified woman is brought to a funeral home. (Photo by Kris C. Sialana)

AN UNIDENTIFIED woman was found dead, her neck tied with a belt to the steering wheel of a 10-wheeler truck in a vacant area on V. Neri St., Barangay Carmen, on Thursday, January 16.

Initial investigation showed that the woman had an altercation with her live-in partner Danilo Torbilaas on Wednesday evening.

Torbilaas, a truck driver, is now considered as principal suspect of a possible murder case. Police said suicide might be off the table because of the body's position when found.

Witnesses also allegedly heard shouts for help from a woman on Wednesday night.

As of January 16, Torbilaas' whereabouts was not yet known.

Meanwhile, police are still trying to determine the victim's identity but initially, they found the name "Che Gonzalez" written on a piggy bank inside the victim's purse