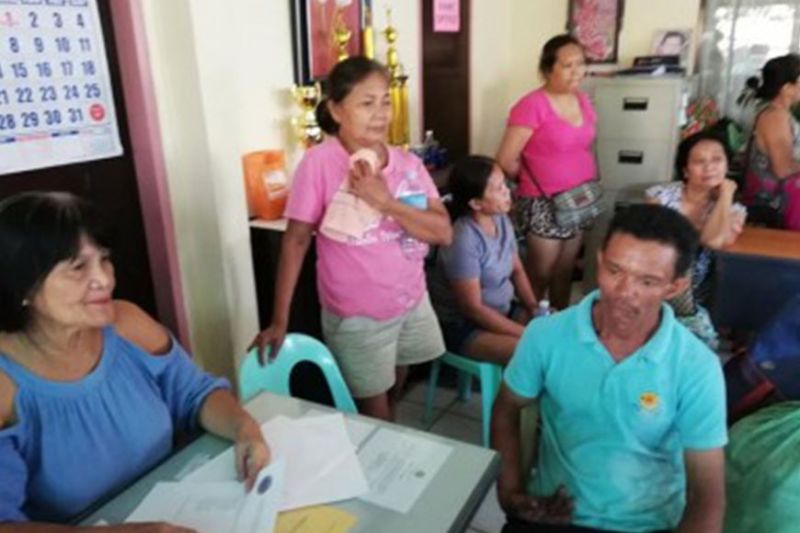 DUMAGUETE CITY. Angelita Ragay (left), village chief of Looc, Dumaguete City, interviews persons whose homes were gutted by a fire that broke out in the coastal barangay early Wednesday, January 15. The city government distributed relief aid and will give financial assistance to the victims of the fire that razed 18 homes, mostly of informal settlers. (PNA)

THE Dumaguete City government has distributed relief goods to the victims of a fire that hit a densely populated informal settlers’ area in Barangay Looc, Dumaguete City on Wednesday, January 15.

Demecillo said the city government would extend financial assistance to those who lost their homes.

The fire, which broke out at about 1:30 a.m. on Wednesday, razed 18 houses and damaged two others. Fortunately, no one was reported hurt in the incident.

Meanwhile, the number of families or households displaced rose to 36 from the 18 reported earlier, Demecillo said.

A community kitchen was also set up inside the chapel in Barangay Looc to feed the victims and provide them temporary shelter.

Antonio told reporters he would look for ways to address the primary concern of the fire victims who are informal settlers, considering that they were occupying government land.

He said informal settling in Looc has been a perennial problem for the city government.

Antonio said he would look into the possibility of accommodating the settlers at a housing site that the city had acquired for Typhoon Sendong victims. (PNA)