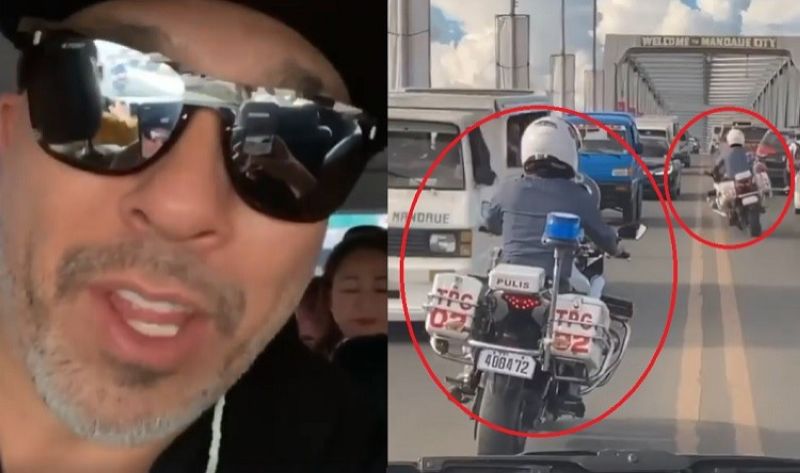 Joseph Glenn Herbert, professionally known as Jo Koy, shared a video on social media, Friday, January 17, 2020, showing two police escorts who accompanied them zigzagging their motorcycles in the middle of the road to clear a path on the Mactan-Mandaue Bridge.

Another clip from the same video showed how their convoy counterflowed along Mactan-Mandaue Road in Mandaue City. At the end of the video, Jo Koy said that they arrived at the hotel he is staying in "just 15 minutes."

"Cebu Police escort cuts a 2 hour drive to my hotel into 15 minutes. I love the Philippines!" Jokoy wrote.

Jokoy is in Cebu City for the Cebu-leg of his Just Kidding World Tour.

The incident did not sit well with netizens as they called the comedian "entitled" and "privileged." Most of the hate was poured out to the organizers and the police for allowing this to happen.

Some netizens said that the incident is not something to be proud of and criticized the way Jo Koy reacted to the situation.

Users said that the police are not setting a good example for drivers, especially as they drove their motorcycles recklessly.

Some netizens expressed that police officers using their power to avoid traffic jam is inexcusable and is breaking the "anti-wang wang" policy.

The Police Regional Office Central Visayas has yet to give a statement regarding the incident. (JGS)