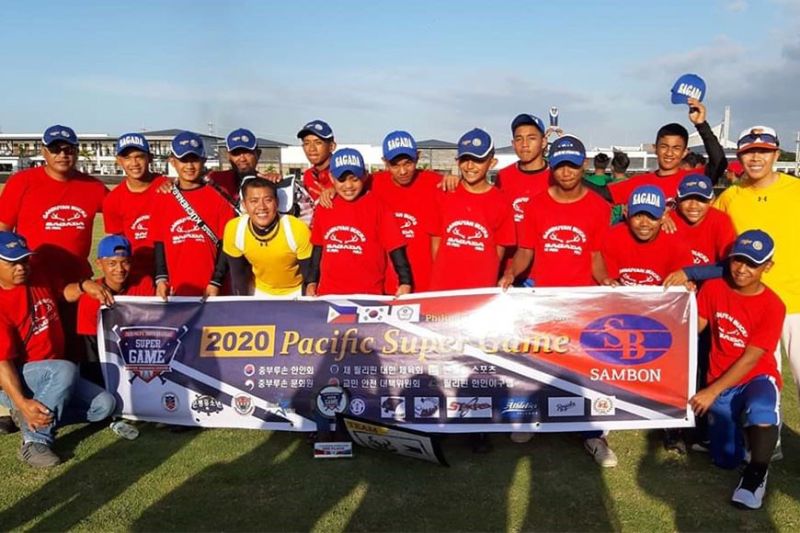 BAGUIO. Members of Sagada’s Ganduyan Bucks celebrate after placing second in the juniors category of the 2020 Pacific Super Game held at The Village Clark Sports Complex in Pampanga on January 2-5, 2020. (Contributed Photo)

The tournament was spearheaded by the Philippine-Korean Baseball Association and was participated by teams from the Philippines, Taiwan and South Korea.

The Bucks won four out of five games and defeated the Taipei TYSA Athletic Baseball Team for the second place. The Global Vision Christian Schools GVC of Korea was the tournament’s champion.

“Though we were not able to take home the first prize, our athletes are still satisfied to have competed against other baseball elite teams. Our youngsters have good baseball drill and we are thankful to the organizers for supporting the sport in the Philippines,” Angway said.

Angway also thanked the Provincial Government, the local government of Sagada and other individuals who helped and supported the team which enabled them to participate in the recently concluded tournament.

Governor Bonifacio Lacwasan, Jr. meanwhile commended the Bucks and urged them to display the same energy and passion in their future games.

The governor added the athletes, coaches and the trainers will be receiving cash incentives from the provincial government.

Under Provincial Ordinance No. 351, athletes who garner silver medal in any international sponsored competition for team event will receive P4,000 each while the coaches and the trainers will receive P5,000 to be divided equally.