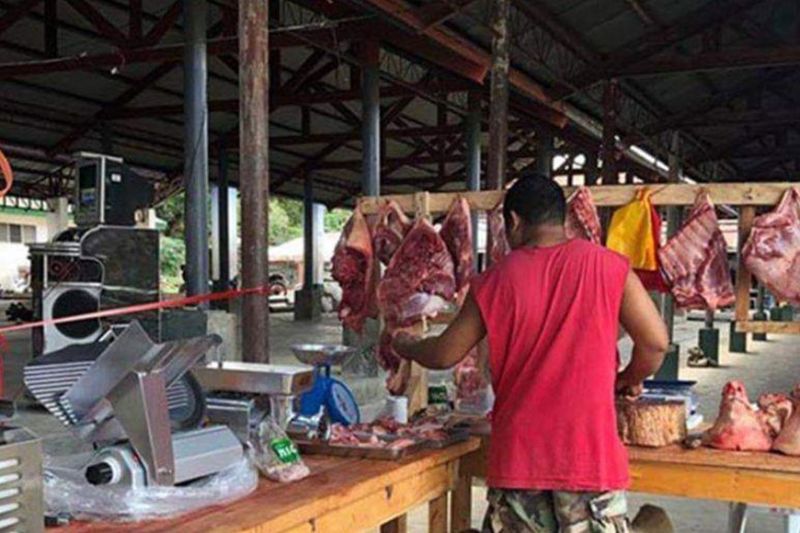 NEGROS OCCIDENTAL. The Provincial Veterinary Office of Negros Occidental notes an increase in the demand of pork and poultry products in the province in December 2019. (File photo)

THE Provincial Veterinary Office (PVO) of Negros Occidental has noted an increase in the demand for pork and poultry products, especially chicken, in December 2019 which peaked due to holiday season.

For pork, the PVO reported an increase of 24.3 percent hitting the highest demand from the time African Swine Fever (ASF) was confirmed by the Department of Agriculture (DA) in the country in September 2019.

"ASF has created a scare to the consuming public which resulted to several months of lower pork consumption and significant drop in the farmgate price of hogs," it added.

In terms of price, however, the veterinary office noted a slight increase of P0.33 per kilogram.

From P200.62 per kilogram, the average prevailing market price of pork province wide went up to P200.95.

Provincial Veterinarian Renante Decena said the slight increase on price of pork can be attributed to the surplus stocks of hogs during the past several months due to ASF scare.

This is why the higher pork demand has not greatly affected the prevailing market price of the commodity, he added.

The demand for dressed chicken has also increased significantly, by 7.44 percent during the last quarter of last year.

The stability in the supply of the commodity has not resulted in excessive increase in prices.

The PVO projected that by the succeeding months, supply and demand of pork and chicken will normalize as holiday season ended.

Thus, to ensure stability of prices of these commodities, the PVO works to ensure sufficiency of livestock and poultry through its various programs and projects on animal production implemented by its district field units.

"PVO is still keeping its mandate to prevent the entry of ASF in the province which could greatly affect the local swine industry and food security," Decena said.