Comelec all set for voter’s registration 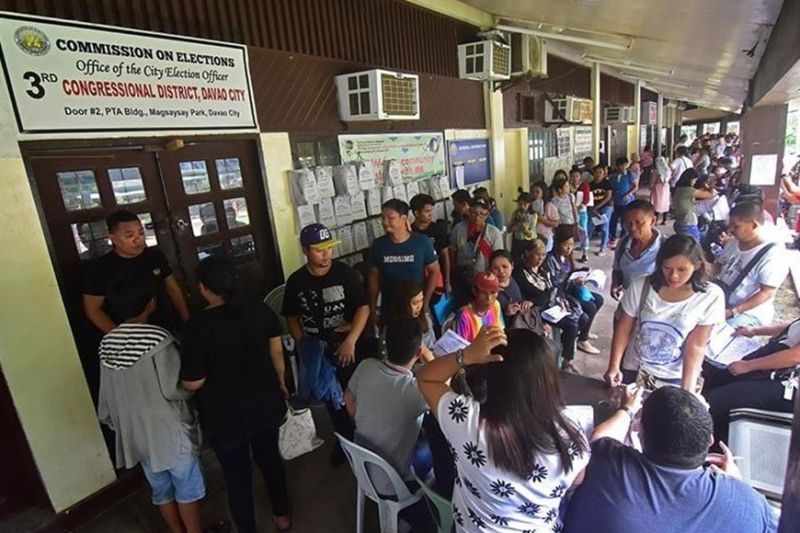 DABAWENYOS who are not yet in the Commission on Elections (Comelec)’s list of registered voters will have another chance to make their votes count in the next election as the poll body will resume its voter’s registration on January 20 until September 30, 2021.

In an interview on January 17, Comelec-Davao spokesperson Krisna Samantha Caballero said they are all set for the resumption of the voter’s registration on Monday.

They will be catering to walk-in clients in their Office of the Election Officer in Magsaysay Park, Davao City from Monday to Saturday, including holidays, from 8 a.m. to 5 p.m.

Based on Comelec Resolution No. 10635, the poll body has set the period for voter’s registration and has decided to commence the resumption of voters this month, instead of July 6, 2020, in connection to the postponement of the May 11, 2020 Barangay and Sangguniang Kabataan Elections (BSKE) pursuant to Republic Act No. 8189.

In 2019, Comelec conducted its registration from August 1 until September 30. Caballero said there were around 50,000 new voters who registered in Davao City coming from the first, second, and third district for the barangay and youth polls.

“Ready na ang Comelec. Actually we already prepared all the necessary forms needed. The setup of the office as well as our employees in the Comelec are all ready for the possible influx of registrants,” she said.

Caballero is already anticipating that there will be fewer people who will go to their office on the first day of the resumption. Based on their experience, people usually register when the deadline is near.

Unlike in previous registration, for this resumption, it will run for over a year because of the suspension of the BSKE.

(It is mandated that if ever there is suspension of election, the registration will resume to allow others to register.)

Caballero, meanwhile, urged the public to visit their office earlier and not wait for the deadline before they register to avoid inconvenience. She said for instance, if there will be an additional requirement the registrant will still have ample time to comply.

To make registration more accessible especially in the areas far from downtown, Caballero said they are still polishing the schedule of the dates and venues for their satellite registration.

There were already barangays who requested for their office to conduct registration in their area so that their constituents will no longer have to go to Magsaysay Park. Comelec has yet to release the schedule on their satellite registration in identified barangays pursuant to Comelec Resolution 10549 which aims to “ensure wider voters’ participation.