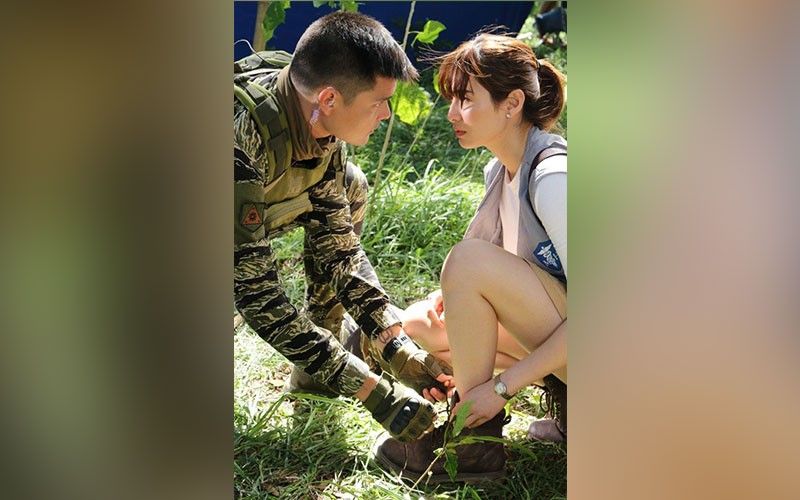 Dingdong Dantes and Jennylyn Mercado in “Descendants of the Sun.”

EVEN before the entire country sees the highly-anticipated local adaptation of hit Korean series “Descendants of the Sun (Dost),” GMA Network, through GMA Regional TV, is giving Kapusong Cebuanos an exceptional treat this weekend by bringing to Cebu no less than Dingdong Dantes and Jennylyn Mercado, together with Rocco Nacino—as part of the celebration of the Sinulog Festival.

On Jan. 19, Sunday, Dingdong, Jennylyn, Rocco, and the rest of the “Dots” cast will set the Sinulog Grand Parade ablaze as they board the Kapuso Float and tour the major streets of Cebu City. Meanwhile, TV viewers will get a VIP seat view of the Sinulog Festival Grand Parade starting at 8 a.m. The “Pit Senyor: The Balitang Bisdak Special Live Coverage” will be hosted by the anchors of GMA Regional TV’s top-rating and award-winning local newscast in Central and Eastern Visayas.

“2020 is a very significant year for GMA Network since we are celebrating our 70th anniversary,” says GMA Regional TV vice president and head Oliver Amoroso. “For our participation in Cebu’s Sinulog Festival, we are having no less than Kapuso Primetime King Dingdong Dantes and Ultimate Star Jennylyn Mercado leading the powerhouse line-up of artists joining this week’s festivities. Like our Kapusong Cebuanos, we at GMA Regional TV are also excited for what is instore for us this 2020, beginning with the launch of these pioneering and innovative programs—’All-Out Sundays,’ ‘Anak ni Waray vs. Anak ni Biday,’ ‘Bilangin ang Bituin sa Langit,’ and ‘Descendants of the Sun,’ Our Kapuso in the regions can only expect the best from the country’s best station.“ / PR