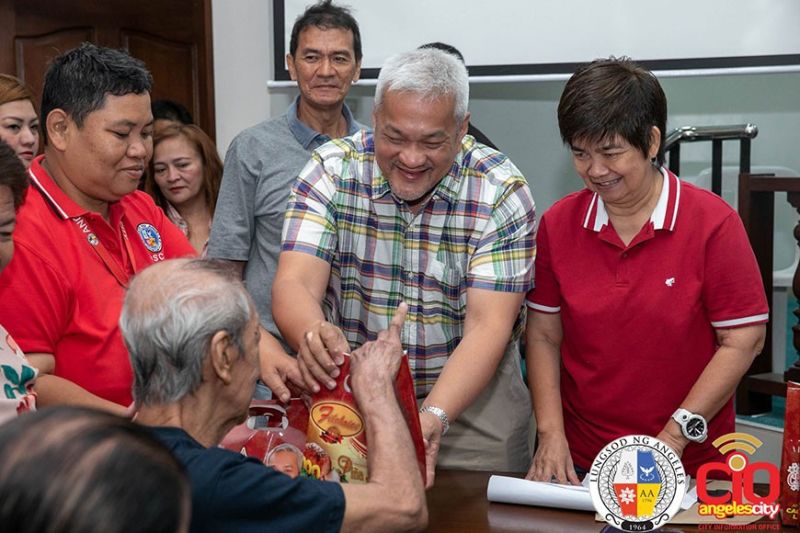 THE Local Government of Angeles City, through the initiative of Mayor Carmelo “Pogi” Lazatin, Jr. to file Supplemental Budget no. 2, has released P3.7 million for the social pension of 2,158 indigent senior citizens.

According to the mayor, the release of pension for second batch beneficiaries will continue on Wednesday, December 18. The said pension covers the months of September to December.

A total of 1,098 elderly from 16 barangays here have received their social pensions today, December 17, while 1,060 for the second batch, Wednesday, Dec. 18.

Furthermore, the city government has prepared food and water for the elderly while waiting for their financial assistance.

“These indigent senior citizens,” the mayor said, “came from the 33 barangays in the City, with verified records of the Office for Senior Citizens Affairs (OSCA) and City Social Welfare Development Office (CSWDO).”

He then added that this is in accordance with Republic Act 9994 or the Expanded Senior Citizens Act of 2010, which provides P500 monthly to indigent seniors.

The said law defines the privileges all seniors are entitled to such as a 20 percent senior citizen discount, exemption from the value-added-tax (VAT) on applicable goods and services for their exclusive use.

RA 9994 also states that “it is the declared policy of the state to promote a just and dynamic social order that will ensure the prosperity and independence of the nation and free the people from poverty through policies that provide adequate social services, promote full employment, a rising standard of living, and an improved quality of life.”

The mayor is urging establishments to abide by the policies and laws by providing specific benefits and privileges to the elderly. Moreover, the mayor also stressed that in 2020, he will allocate P10 million for social pension of elderly and Persons with Disabilities (PWDs), and P3 million for the solo parents.

“The city government wants to recognize their contribution to the society. This is just a step for the City Government to do its part to implement programs my constituents deserve,” he mentioned.

The mayor then thanked the City Council, led by Vice Mayor Vicky Vega-Cabigting for approving the said supplemental budget.

“I know that you are with me - with our common goal: for the City and the people,” he said. (PR)