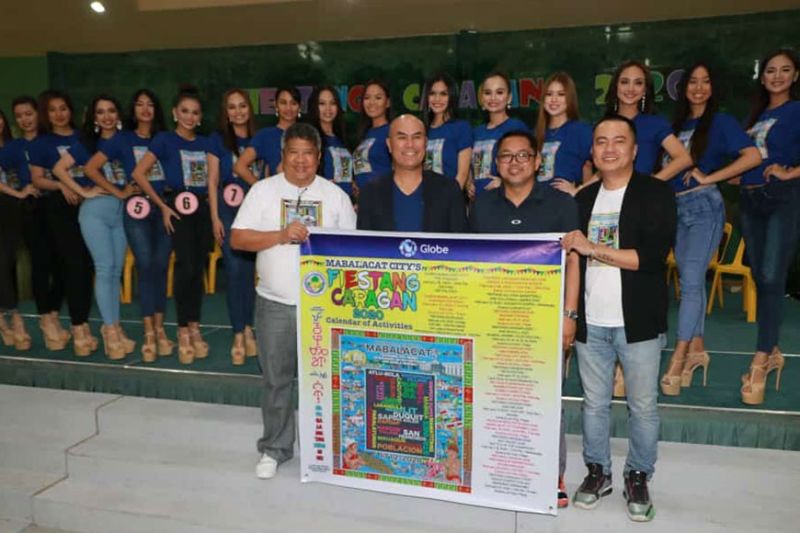 MABALACAT City is now celebrating its Fiestang Caragan, which is considered as Central Luzon’s grandest festival.

Mayor Crisostomo Garbo said this year’s celebration will be full of activities, from street and stage dance performances, as well as trade fairs, bazaars, and concerts, to the coronation of Queen Mabalacat 2020.

Coinciding with the Fiestang Caragan 2020 kickoff is the Queen Mabalacat pre-pageant which was held Saturday, January 18, at Xeveral Lot Only in Barangay Tabun while the coronation night will be held on February 1 at the same venue.

Garbo said the month-long fiesta celebration will be capped by the Caragan Festival Street Dance Competition and Awarding Ceremonies slated on February 21.

The mayor said the City Government has allotted P7 million to fund the festival which is expected to draw thousands of tourists and visitors from different parts of the region and Metro Manila.

Dionisio “Jun” Magbalot, Jr., coordinator of the Fiestang Caragan, said the committee decided to extend the festival’s main event from five to nine days starting from February 13 to 21.

Among the activities that would highlight the city’s rich culture and heritage are Fiestang Caragan Indacan 2020 - MESAA’s Rigodon De Honor (February 8) at the Asean Convention Center; Basketball Showdown 2020 - PBA Legends vs. MCG and Celebrity Guests (February 12) at the Mawaque Covered Court; Bazaar/Tiangge (February 13 to 21) Xevera Lot Only; Rak En Roll 2020 (Singing, Jammin’, Food Festival) on February 13, 14, 15, 16, 18 at Xevera Lot Only.

The city has been boosting the local tourism industry, which is at the crossroads of various developments, given its proximity to Clark. It also seeks to preserve the rich cultural heritage of the Kapampangans, particularly Mabalaquenos.

The festival was named after an Aeta chieftain named “Caragan”, who is said to have founded Mabalacat.