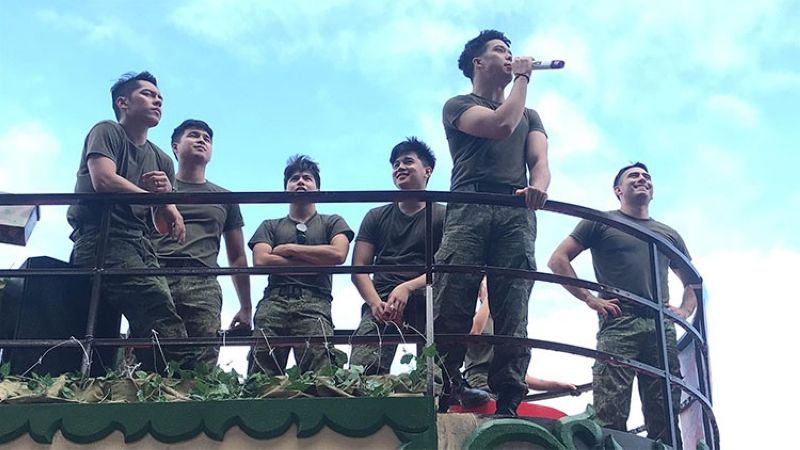 A NUMBER of celebrities joined the Sinulog Grand Parade 2020 on Sunday, January 19, in Cebu City.

Among those spotted were Carlo Aquino, Gerald Anderson, Elmo Magalona, Nash Aguas and other cast of the teleserye "A Soldier's Heart." They were onboard the ABS-CBN's float.

Also spotted Sunday were Bea Alonzo and comedian Pooh, who were onboard Maison’s float.

Other GMA artists who joined the festival are Dingdong Dantes, Jennylyn Mercado and Rocco Nacino, among other celebrities who are part of the cast of GMA’s Descendants of the Sun.

Also spotted Sunday were Mommy Dionisia Pacquiao and Benjie Para onboard the Palawan float, Troy Montero, Pokwang, and several others.

Refresh this page for updates.