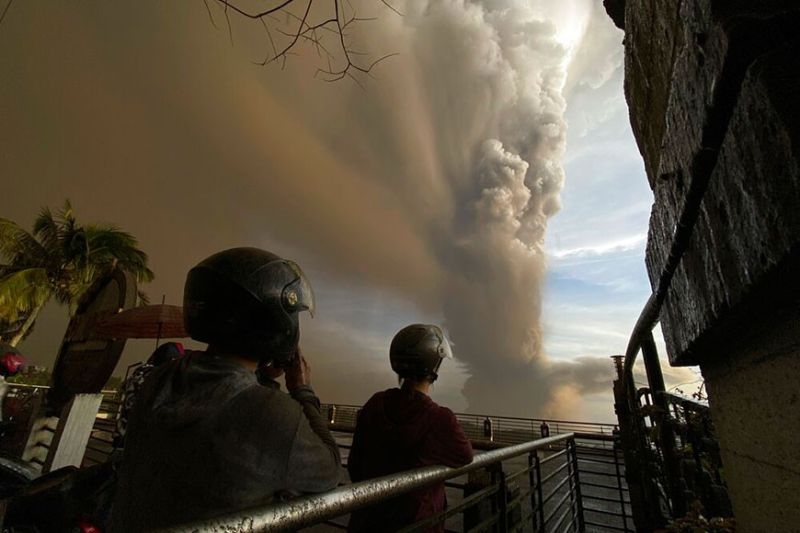 Public Safety and Security Command Center (PSSCC) head Angel Sumagaysay said the recent eruption of Taal Volcano is a wakeup call for the city to revisit its disaster preparedness measure in times of calamity.

“Ato gyud ginahatagan og importansya ang disaster preparedness. Apan pagsuta, wala naapil ang volcanic eruption, so mao kadto giutro (We give importance to disaster preparedness but upon reexamining [the plan] we noticed that measures during volcanic eruption were not included. So we revisited it),” Sumagaysay said in an ambush interview on Thursday.

The official, during a meeting, shared to Davao City Mayor Sara Duterte-Carpio the findings of Philippine Institute of Volcanology and Seismology (Phivolcs) Executive Director Renato Solidum that dormant volcanoes like Mt. Apo have a possibility to erupt.

Sumagaysay said the mayor immediately instructed the City Disaster and Risk Reduction Management Office (CDDRMO) to coordinate with Phivolcs to conduct extensive research on the possibility of the Apo, one of the largest mountains in the country, to erupt.

He also said they were also told to determine the possible impact in case eruption will occur.

He said they are considering the effect of Mt. Pinatubo eruption as the basis for the possible impact the city would encounter.

Phivolcs said the Pinatubo eruption was the second largest volcanic eruption of the 20th century.

Sumagaysay, meanwhile, said the city has been upgrading its disaster preparedness plan from time to time.

“Since kanunay man atong drills nga ginaconduct, I’m sure pwede nato kana magamit ingkaso muabot kana nga sitwasyon (Since we have been constantly conducting drills, I’m sure we can utilize these measures in times of volcanic eruptions),” he said.

Although he said they hope it won’t happen in the city, considering that by history the city has not encountered any volcanic eruption alert.

He also said there is a need to establish more mobile command centers in the city, which would serve as an alternative area in case the main PSSCC in Ecoland will be affected by any disaster.

He said CDRRMO head Alfredo Baloran had already made a proposal for it to be included in the future city budgeting.

Meanwhile, the issue on the possible eruption of Mt. Apo also surfaced during the series of earthquakes Davao Region encountered in October last year.

But Phivolcs-Davao Science Research Assistant Chris Vidad clarified in a previous report that the earthquake that shook Cotabato and its neighboring areas is not an indication of any volcanic activity.

He said Phivolcs is also monitoring the activity of the mountain, since there are faults that slowly exist nearby, adding that they are still determining the faults’ path to see if they are connected with Mount Apo. (With reports from Orlando B. Dinoy)