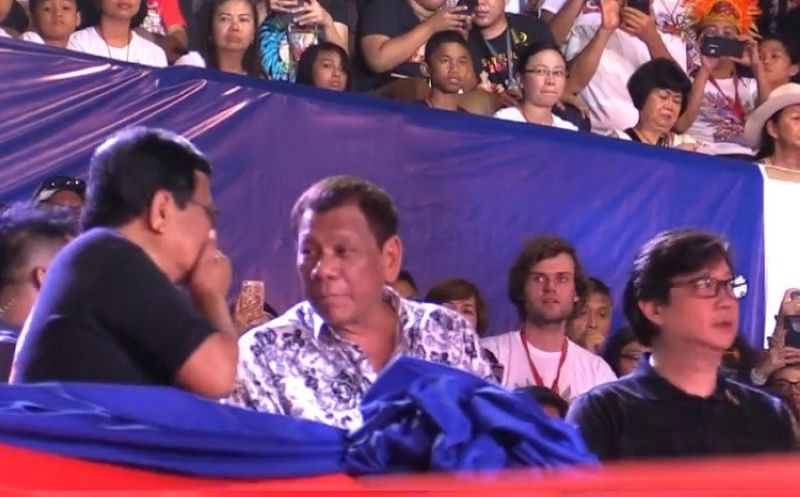 He arrived at the Cebu City Sports Center, which has been placed on lockdown, around 6:30 p.m. The lockdown started at 3 p.m. to ensure security.

Cebu City Mayor Edgardo Labella and other officials of Cebu City and Cebu Province, as well as the Sinulog Foundation, welcomed Duterte.

He also assured Duterte that the people of Cebu will continue to support him and his administration.

Duterte stayed at the CCSC grandstand to watch the performances of the remaining contingents, including that of the guest contingent, the Siloy Festival of the Municipality of Alcoy.

Cebu Governor Gwen Garcia performed once again together with dancers from Alcoy.

It was Duterte’s first time Sunday, January 19, to attend the Sinulog Festival. He was also invited in previous celebration but was not able to attend.

The CCSC was also placed on lockdown Sunday afternoon, as no one was allowed to enter or leave the sports center since 3 p.m.

The Sinulog Festival is considered Cebu’s biggest and grandest festival. More than 100,000 people have witnessed the grand parade, which was participated by a total of 105 participants. (LMY/JGS)