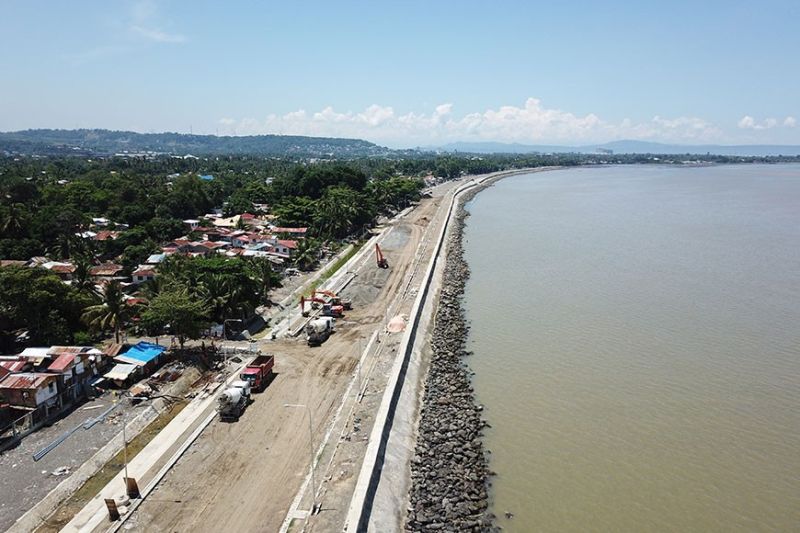 DAVAO. The Coastal Bypass Road will provide Dabawenyos an alternative if they will be coming from or going to the south of Davao City. (Mark Perandos) 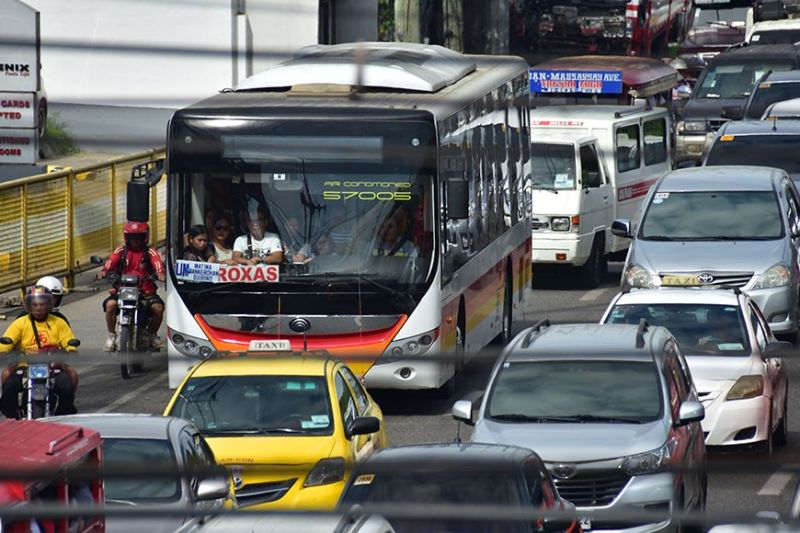 DAVAO. The High Priority Bus System (HPBS) is seen to reduce traffic in the city as 1,000 buses are expected to replace some 7,000 public utility jeepneys (PUJ). The city has prepared a social compensation program for the affected PUJ drivers. (Macky Lim) 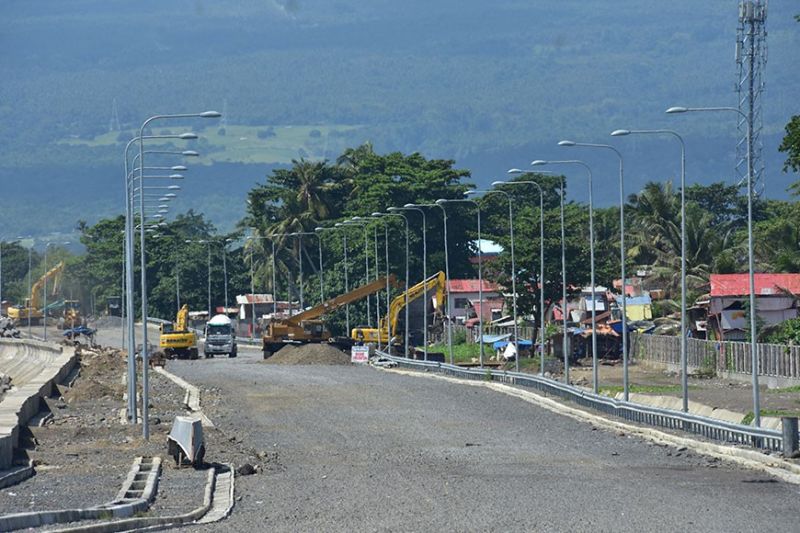 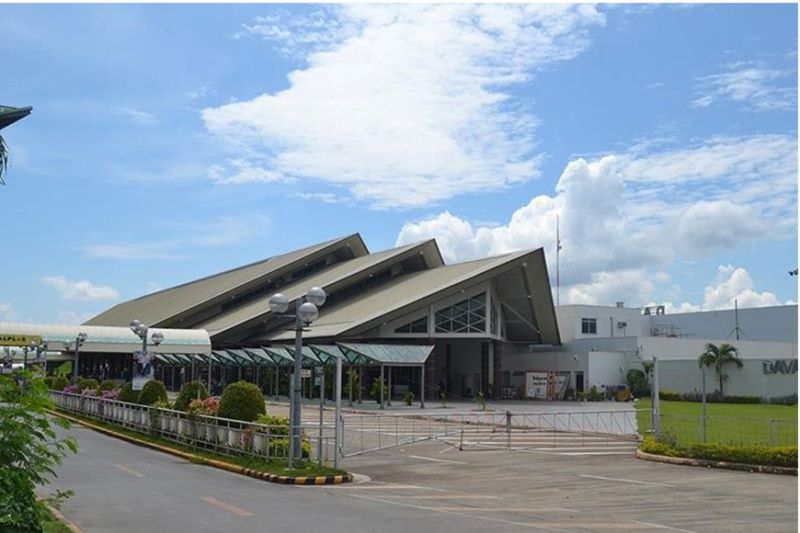 DAVAO. Despite being the third largest city in the Philippines, the Francisco Bangoy International Airport pales in comparison to other airports in the country. (SunStar file photo)

DAVAO City is welcoming the new year and a new decade with a promising start.

From land to air, future infrastructure and transportation projects which were just high hopes in the past had, at last, are starting to materialize.

Davao City Mayor Sara Duterte-Carpio, for instance, had lobbied the support of the National Government to fund the city’s plan to modernize the mass transportation system through the High Priority Bus System (HPBS) during her State of the City Address in October last year.

The mayor had also sought for the materialization of the Samal Island-Davao City Connector (SIDC) Project or the Davao-Samal Bridge, which was been proposed and discussed since the 1970s.

The National Economic and Development Authority (Neda) Board approved the HPBS and the Davao-Samal Bridge on November 2019.

While the city is not experiencing traffic as heavy as the one in Epifanio de los Santos Avenue (Edsa) in Metro Manila, it can be observed that traffic around the city have been getting worse.

The traffic scenario, especially during peak hours, had also resulted to a visible shortage of public utility jeepneys (PUJs) serving some areas in the city.

To address the problem with the city’s public transport woes, it has developed and conceptualized the High Priority Bus System (HPBS).

Despite opposition from PUJ groups, there is no stopping now for the local government after Neda Board approved the P18.66 billion.

Affected drivers and operators would be compensated in return, with an almost P1 billion social compensation program.

The first phase of the project targeted to commence within the first half of the year, and is expected to fully operate in 2023.

Road congestion has been a long struggle for the city. The need for more alternative roads is being pushed to address this concern.

City Transport and Traffic Management Office (CTTMO) head Dionisio Abude cited McArthur Highway which could only cater 3,000 vehicles per hour. But the vehicles passing the highway, he said, have almost reached double.

With this, the city had since started the construction of the Coastal Bypass Road in 2017.

The project involves the construction of an 18.21-kilometer road with four lanes facility, with a speed limit of 50 kph, from Bago Aplaya to R. Castillo.

The project has a cost of P28.26 billion, which will be sourced from funds from the General Appropriations Act (GAA) and the Official Development Assistance (ODA). It is being implemented by the Department of Public Works and Highways (DPWH).

The revised project scope then translates to a total project cost of P42.84 billion, which is 65.73 percent or P16.99 billion higher than the 2018 NEDA Board-approved project cost.

“Davao is getting much of the bulk of vehicular traffic these days so together with the Davao Expressway that we will be implementing this year, this coastal road project will serve as an alternative route,” DPWH Davao Region spokesperson Dean Ortiz said.

The bridge, which would connect Davao City and the Island Garden City of Samal (Igacos), has been a long time dream.

The Neda Board approval is already a major step in movement of the P23.04 billion project which would result in the reduction of travel time and reliability constraints currently experienced through the use of ferry services.

The 2.8 kilometer four-lane bridge once fully constructed can serve around 25,000 vehicles a day.

CTOO head Generose Tecson believes the tourism sector of both cities benefit from the bridge.

“With Davao being a gateway, people who stay in Davao City will make the city as its base,” Tecson said.

However, a possible blockade stands in the way after a business owner in Igacos is set to file a case against the project.

Duterte-Carpio said the owner’s camp is planning to file a Writ of Kalikasan against the project.

The bridge is expected to fully-operate in 2025.

Councilor Jesus Joseph Zozobrado III, former chairperson of the public works and highways committee, revealed that the passenger traffic at the airport reached 4.2 million in 2018, higher than its capacity of two million to three million.

This is a portion to other problems the airport is facing like poor air-conditioning, malfunctioning toilets, frequent breakdown of security equipment, and lack of retail options.

President Rodrigo Duterte, in his 2019 State of the National, announced that the Davao airport will be a least priority in terms of improvement and upgrading.

The president, however, did not end Dabawenyo’s longing for a city to have a “world class airport”.

Duterte in August last year the signed into law the creation of the Davao International Airport Authority through Republic Act (RA) 11457.

“This will make Davao International Airport the premiere gateway to Mindanano,” Milan said.

The ICC-CabCom, earlier this month, approved the Unsolicited Proposals for the Davao International Airport by Chelsea Logistics Holdings Corp., which is owned by businessman Dennis Uy.

The air transport movement (ATM) would also have 35 per hour, from the current nine per hour.

These projects are being pegged as a response to the city’s economic progress resulting to an influx of people in the city.

In 2018, the Davao City Tourism Operations Office (CTOO) recorded 2.39 million tourists in the city, surpassing by 18.92 percent the record of 2 million visitors in 2017.

Davao City’s economy continues to show a steady rise as evidenced by the increased number of registered businesses and capitalization.

While the city’s expanding economy is expanding beyond expected, so thus the need for expansion of infrastructure and transportation services.

These projects are not only a mitigating measure, but also will serve as a catalyst of change to the city’s economic landscape.