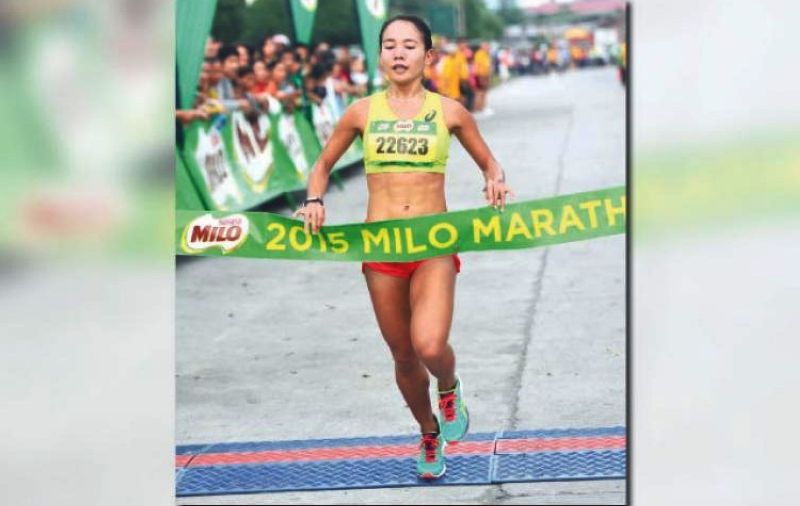 Tabal, who won the event for six consecutive years, saw her winning streak end after finishing second again to Hallasgo. It was a repeat of their race in 30th Southeast Asian (SEA) Games in December 2019.

Hallasgo of Malaybalay, City Bukidnon stole the limelight from Tabal anew after clocking in 2 hours, 52 minutes and 23 seconds to win the women’s marathon title, which was held by Tabal for six straight years.

Tabal remained gracious in defeat, applauding the rise of Hallasgo.

“When we lose today, it doesn’t mean we lose a lifetime. That’s why God created sunrise and sunset. We will wake up tomorrow appreciating our past. We will move forward no matter how easy or hard the road is,” Tabal told SunStar Cebu.

The Guba, Cebu City-native said she’s also hoping to get that No. 7 title someday.

“I’m going to continue with running and my goals and chase that lucky No. 7 crown,” she said.

The Top 10 runners are guaranteed cash prizes from Milo Philippines.

In the men’s division, Florendeno Lapiz surprised everyone on his first national finals as he landed at fourth place. He crossed the finish line in 2:35:02. It was only the second full marathon race for Lapiz, who is used to racing a shorter distance.

The national finals culminated the 2019 Milo Marathon series. These were moved from December to January to give way to the country’s hosting of the 30th SEA Games from Nov. 30 to Dec. 11. (RSC)