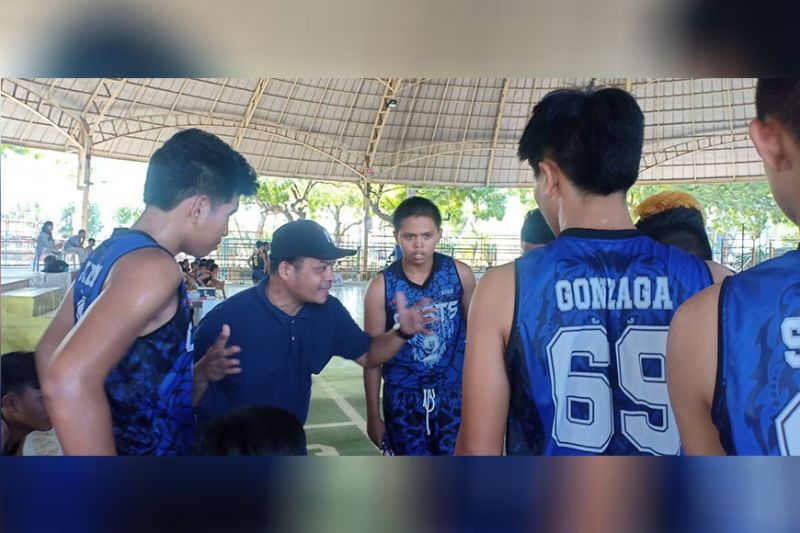 TAGOLOAN. The Opol Dolphins were told by their coach after lagging behind by more than 20 points at the half against the MOGCHS Cavaliers on Sunday’s semifinal round of the Chooks-To-Go SM NBTC MisOr Qualifier at the Tagoloan Dome. (Lynde Salgados) 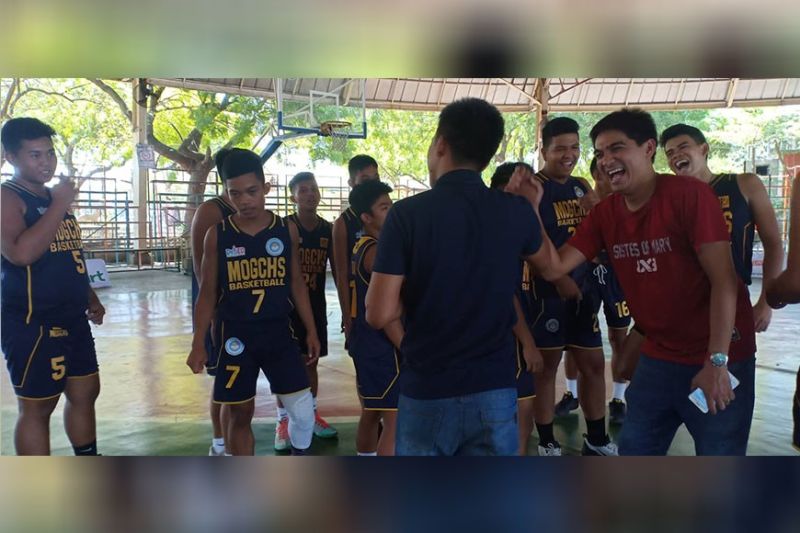 TAGOLOAN, Misamis Oriental -- Home squad Tagoloan National High School had the mammoth crowd on its side. But the undersized Jasaan dribblers from Bobontugan National High School came ablazing with their run-and-gun game to pull out an upset, 64-60 on Sunday morning’s semifinal round of the Chooks-To-Go SM National Basketball Training Center (NBTC) MisOr Qualifier at the jampacked Tagoloan Dome here.

This, as the heftier Misamis Oriental General Comprehensive High School (MOGCHS) Cavaliers from Cagayan de Oro used their height advantage to the hilt to dump Opol National Secondary Technical School (ONSTS), 70-56 in the other half of the crossover semis matches.

Entering the semis with an immaculate record, the Tagoloan Eagles fought tooth and nail with Jasaan Gunners in the entire regulation, but lost steam in the final minute that saw their smaller but spirited foes from MisOr town of waterfalls still having plenty to give in the pulsating see-saw match.

“We were already drained in the fourth quarter the reason why our rotation play got worse because somebody has to take a rest from backcourt duty where Jasaan outgunned us and produced more fastbreak points,” Tagoloan guard Shane Quinquino told SunStar Cagayan de Oro in vernacular.

From more than 20-point deficit at the half, the Opol Dolphins managed to cut the lead down to nine at the outset of the third quarter behind the explosive showing of versatile guard Jeff Palagbas. But MOGCHS Cavaliers had too many weapons to counter Opol’s uprising and restore order in the final fourth quarter to arrange a final showdown with the dangerous Jasaan Gunners.

Tagoloan sports czar Van Halen Parmis said the championship game will be played on Monday afternoon, January 20 right after the 3 p.m. battle for third place between Tagoloan and Opol.

NBTC MisOr Chapter commissioner Archie Ello said the champion of this Chooks-To-Go qualifier presented by SM and supported by VIVO, PLDT, Gatorade, Darlington and Exped will represent Misamis Oriental province in the NBTC Regional Finals set on January 30 to February 2 in Surigao City.