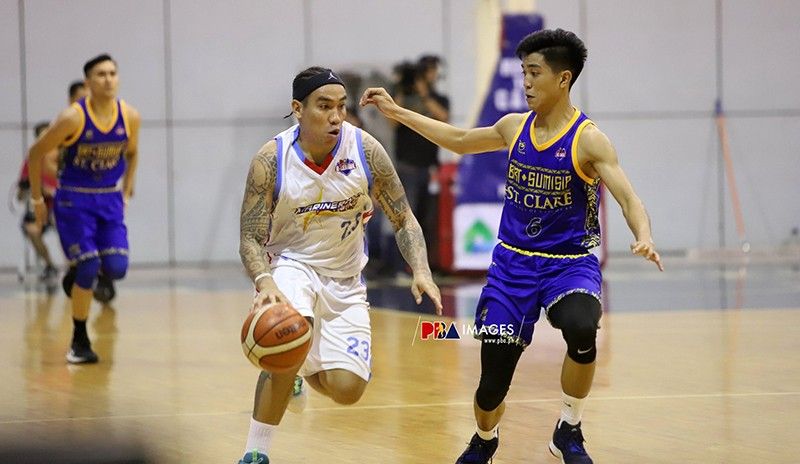 After getting released from detention, Eloy Poligrates says he is going back to Manila and focus on playing basketball. (Photo courtesy of PBA D-League)

BELEAGUERED basketball player Eloy Poligrates says he is now eager to go back to Manila and focus on his basketball career.

Poligrates, the reigning Most Valuable Player of the PBA D-League, was arrested on Jan. 13, 2020, for allegedly mauling his ex-girlfriend in the parking lot of a convenience store in Barangay Sta. Cruz.

However, the Cebu City Prosecutor’s Office has since ordered his release after it found no sufficient evidence of the criminal complaints that his ex-girlfriend filed against him.

“The allegations she made against me were very humiliating and it hurt my reputation a lot,” said Poligrates in a talk at the height of the Sinulog festival celebration.

“I just want everyone to know the truth, that I am a victim here as well. I hope they don’t immediately believe everything they read or pass judgment right away,” added the flamboyant basketball player who hails from Poro.

With the PBA D-League set to open its new season, Poligrates said he is raring to put this episode behind him and focus on his basketball career.

“I just want to go back to Manila and play basketball and save money. I want to make an effort and bounce back from this,” said Poligrates who is set to suit up for last season’s runners-up, the Marinerong Pilipino Skippers.

Poligrates’ basketball career has seen a resurgence after he was released by his hometown team, the Cebu-Casino Ethyl Alcohol in the MPBL. He immediately hooked up with Marinerong Pilipino and had an outstanding campaign highlighted by his 67-point outburst against iWalk, which was a D-League record for most points scored in a single game. (JNP)