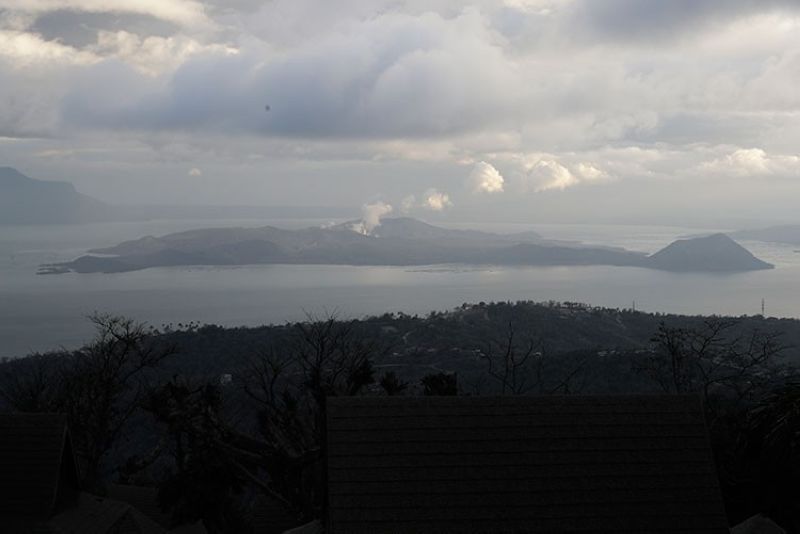 AN EXPLOSIVE eruption is still possible as magma continues to rise inside the Taal volcano and deform the island, the Philippine Institute of Volcanology and Seismology (Phivolcs) said Monday, January 20.

Phivolcs chief Renato Solidum said the series of earthquakes in Batangas is an indication of continuous movement of magma, which means that an explosive eruption may happen anytime.

In an advisory issued Monday morning, January 20, the Phivolcs said the Philippine Seismic Network has plotted a total of 714 volcanic earthquakes since 1 p.m. of January 12 and the Taal Volcano Network recorded 673 small earthquakes.

"Such intense seismic activity likely signifies continuous magmatic intrusion beneath the Taal edifice, which may lead to further eruptive activity," it said.

Solidum said they will find out if the quakes affect the volcano or vice versa.

He said observations outside the volcano is not the same with what is happening inside it, so Alert Level 4 remains in effect.

With this, Phivolcs has advised total evacuation of residents within the 14-kilometer radius from Taal main crater and along the Pansipit River Valley where fissuring has been observed.

(We'll see if there are effects or vice versa...but definitely, there is a rising magma. While the magma is ascending, there is an uplift or the upward push of the land, causing cracks on the surface. And because the land moved upwards, the Taal lake area has stretched, ascended the land and subsided the water around it, causing fissures.)

Residents around the volcano were also advised to protect themselves against the effects of heavy and prolonged ashfall.

In the past 24 hours, Phivolcs observed a steady steam and emission and infrequent weak explosions that generated ash plumes 500 to 1,000 meters tall and dispersed ash southwest of Taal's main crater.

Phivolcs also warned that if a major eruption occurs during daytime and the eruption plume exceeds five kilometers, ash will also be drifted over Metro Manila, Laguna, and some parts of Rizal and Northern Quezon.

Aside from evacuation of residents, pilots are still advised to avoid the airspace around Taal Volcano. (Neil Jean Navarro/SunStar Philippines)