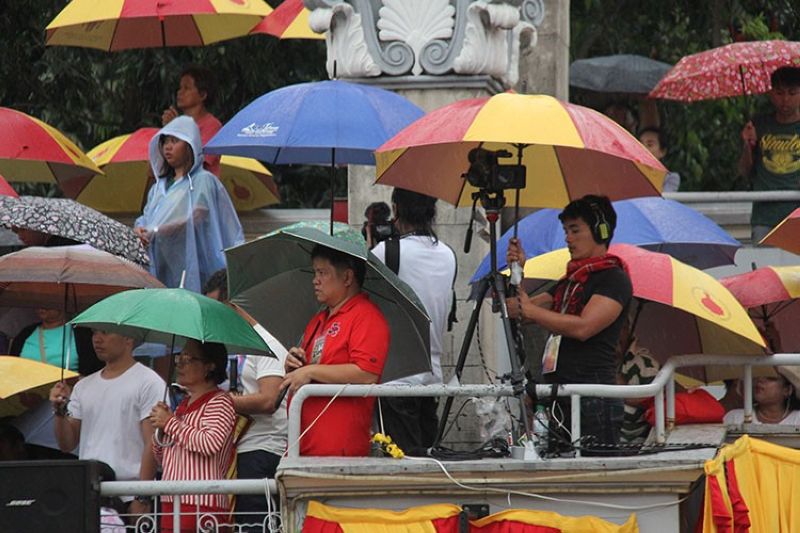 Other incidents involving the "Basilica media group" concerned (1) the alleged stoppage of a reporter's interview with a Basilica priest before the start of the fluvial parade and (2) the alleged detention of a media intern's tripod and microphone as she was told to leave the premises.

The name of one "Rafael Ong" figured prominently in the chat among photographers shortly after the incident. One FB comment reportedly said, "Hope not to see you next year or ever again, Mr. Ong."

For past and this year's Sinulogs, actual management of Sinulog activities was done by SFI, while SGB is supposed to merely lay down policy and "check and balance" SFI operations.

Thus, the need -- for 2021 and other future Sinulogs -- to review the structure of management: for City Hall to come out openly as policy-maker and manager. The mayor's executive order creating the SGB may have to be reviewed and, to acquire the imprimatur of a local law, enacted as an ordinance by the City Council.

Aware of the problems created by the still fuzzy setup under two managing and governing bodies, Governor Gwen Garcia asks Mayor Edgar Labella to decide which, between SFI and SGB, will get the Capitol check.

Vice Mayor Mike Rama may have slid down to director from chairman of the Sinulog Foundation Inc. but he hasn't given up his penchant for speaking on what's in his mind.

Interviewed by a broadcast network reporter at their coverage site along the Sinulog parade route Sunday (January 19), Mike pointed out the lack of crowd control and the late start of the parade. A side reference to the "management board" suggested where he must think the fault lay.

It would be interesting to read the assessment reports of Sinulog Foundation and Sinulog Governing Board -- and Mike Rama's "post-mortem" -- on the just-concluded festival.