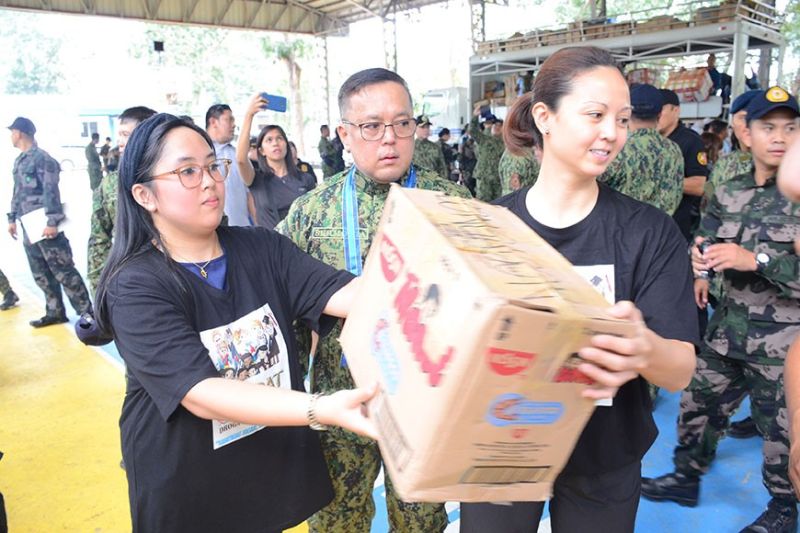 Brigadier General Rhodel Sermonia, PRO-Central Luzon acting director, spearheaded the activity at the Batangas Police Provincial Office in Batangas City wherein P2.5 million worth of relief items consisting of sacks of rice, toiletries, bottled water and canned goods were distributed to affected families of Philippine National Police (PNP) personnel and those who are helping in disaster and relief operations in Batangas and Cavite.

Sermonia said that PRO-Central Luzon, in collaboration with the Association of Chiefs of Police in the Philippines, came up with the initiative dubbed as "Lingap para sa kapwa Pulis na biktima ng Bulkang Taal," which aims to send a message that the police force recognizes the sacrifices and commitment of their fellow law enforcers to serve and protect the public while their families and loved ones are "somehow being set aside to fulfill their mandated tasks."

"We want them to feel that they are important and that as their comrades, we care and also provide our relentless outstanding service for them," he said.