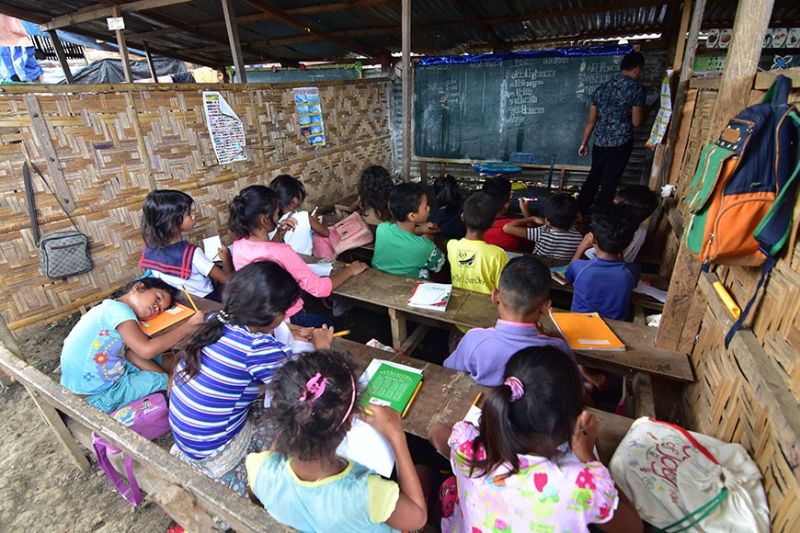 A UNITED Church of Christ in the Philippines (UCCP) official said the immediate closure order of the UCCP-Haran Center by the Regional Peace and Order Council-Davao Region (RPOC-Davao) is a "continuing harassment."

UCCP Southeast Mindanao Jurisdiction Area Bishop Hamuel Tequis, in a press conference at the UCCP-Haran Center Monday, January 20, said, "The continuing harassment and possible filing of charges against UCCP-Haran Mission Center is a threat against the commitment of the church to do Christ's mission of ministering to the oppressed and the marginalized."

Tequis issued his statement as RPOC-Davao approved on January 15 a resolution seeking the immediate closure of the center, which has been serving as temporary shelter for the Indigenous Peoples (IPs) from various provinces since early 2015.

According to the resolution, the "security sector have recorded violations of Indigenous People's (IPs) rights, child abuse, child trafficking, exploitation of the IPs for terroristic activities were committed inside the facility."

Tequis said the UCCP strongly opposes the RPOC resolution, adding that they were not even invited during the consultation of the resolution.

"Wala'y mga mensahe kining RPOC nga makiglingkod sa simbahan ug sa mga datu (Nobody from the RPOC sought our side, neither from the church leaders nor from the datus)," Tequis said.

The bishop said UCCP-Haran has been serving as a domicile for Lumad who were forcibly displaced by violence and attacks by paramilitary and military groups.

He said the order is a disrespect to the principle of "separation of church and state," wherein the government must not intervene in the constructive and beneficial affairs of the church.

Tequis said UCCP-Haran has been declared as a "sanctuary of peace" during a UCCP general assembly in 1990.

He said all UCCP and lumad leaders will be discussing their next action towards the issued resolution.

Meanwhile, he said the church has been calling for the resumption of the government peace talks between the national government and the Communist Party of the Philippines- New People's Army-National Democratic Front.

He said the ongoing clash between the two parties has resulted in the displacement of some IPs in the hinterlands and their migration in the city.