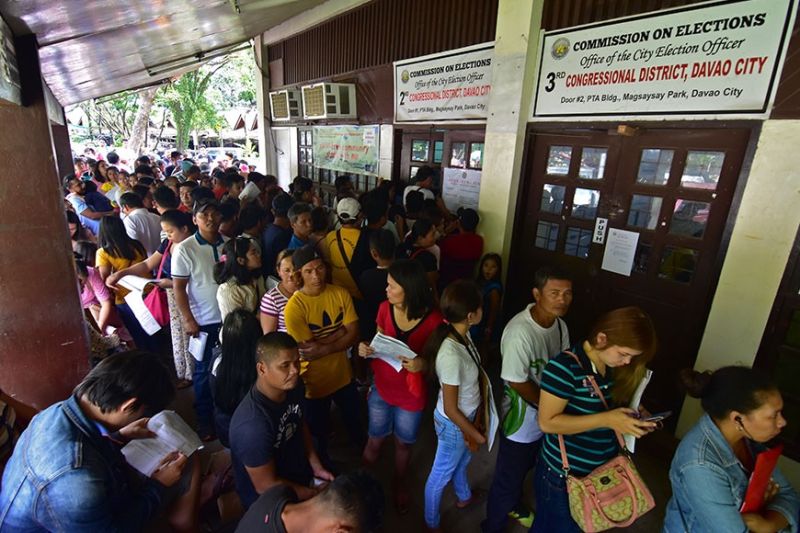 THE Commission on Elections (Comelec)-Davao reiterated its reminder that it will no longer honor documents such as barangay clearance, community tax certificate (cedula), and police clearance in the registration of voters.

"Especially those nga mga nasunugan and lost their IDs, pwede sila mag request ng NBI clearance (They can request for an NBI clearance, especially for those IDs who were lost during the fire)," Caballero said.

Meanwhile, she said the resumption of the voter's registration for both national and barangay elections is based on the Comelec Resolution 10635, in connection to the postponement of May 11, 2020 Barangay and Sangguniang Kabataan election pursuant to Republic Act 8189.

Caballero said they did not expect a larger number of people during the first day. But she said they have enough forms to cater to them.

She said their office will be accepting walk-in clients from 8 a.m. to 5 p.m. from Monday to Friday, adding that they will also conduct satellite registration in barangays.

Caballero said they have not yet scheduled it since it is too early.

"Although we have been receiving requests from different barangays and organizations, but it would depend on the number of clients we will be able to cater," the Comelec official said.

She also said they expect that the deactivated 87,000 voters from the 2019 midterm elections would be able to re-register since the voter's registration is slated January 20 to September 30, 2021.

In 2019, Comelec conducted its registration from August 1 to September 30.

Caballero said there were some 50,000 new voters who registered in Davao City coming from the first, second, and third districts for the barangay and youth polls.

Caballero added that the 950,000 registered voters in the city during the May 2019 midterm elections might possibly increase as voter's registration has been extended.