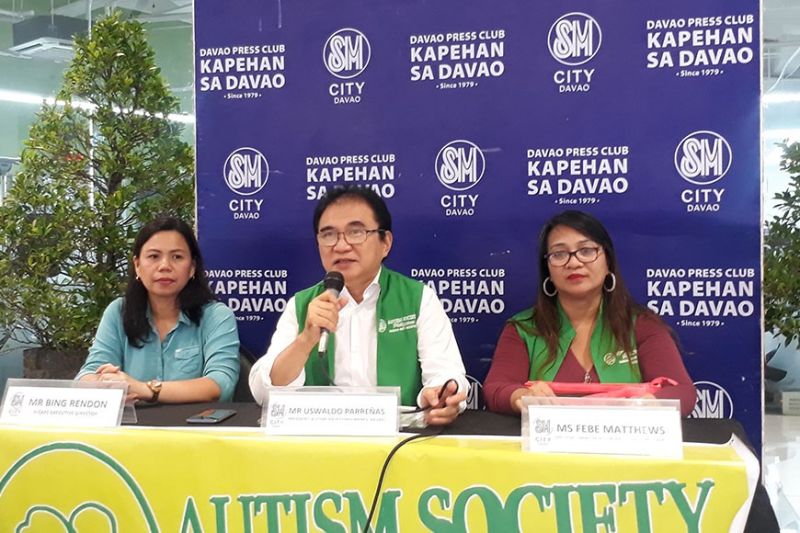 THE Autism Society of the Philippines (ASP)-Davao is encouraging private establishments to hire people with autism to promote an inclusive workplace.

Uswaldo Parreñas, president of ASP Davao, said they had a program called Autism Works Programm wherein they partnered with establishments in opening their doors to people with autism to provide employment opportunities for people like them.

Parreñas said that in summer 2019, four individuals in Davao City were hired by SM City Davao and Savemore. The workers were delighted by the

opportunity because aside from having something to do, they were also being paid.

The program creates genuine, sustainable economic empowerment and opportunities in compassionate workplaces nationwide. It was first launched in 2016 as an employment initiative.

"ASP's CBR-inspired model empowers PWAs and their families towards success at work and guides the enterprise towards a sustainable process of assimilating persons with autism into the workforce," ASP said in a statement.

Bing Rendon, Ricafe executive director, who is also a mother of a child with autism, said the management of SM had given positive feedback after the employment of these individuals.

Their group is also in talks with other local firms in Davao City who would want to hire persons with autism.

"There are already negotiations especially with H&M, Jollibee dito sa Davao. We have already talks about them pero hindi pa lang nag pu-push through. Hopefully this year," Rendon said.

Prior to their deployment, the children underwent job coaching to equip them with the necessary skills.

Rendon assured that those children who were subject to employment were 18 years old and above and are capable of doing the job.

She added that children with autism are effective especially at SM grocery stores in arranging the stocks and entertaining the customers who have queries on the location of items, since they are good at memorizing.

"As we all know, ang autism is a spectrum. May mga levels sila may mga low functioning, may mga medium, and then may mga high functioning. For those who are able, very good sila when it comes to memorizing, when it comes to putting everything in order, sa mga classifying mga ganyan, they are very good at it," Rendon said.

ASP has been raising public awareness in the community about autism to prevent discrimination and to gain more acceptance, accommodation, and appreciation.