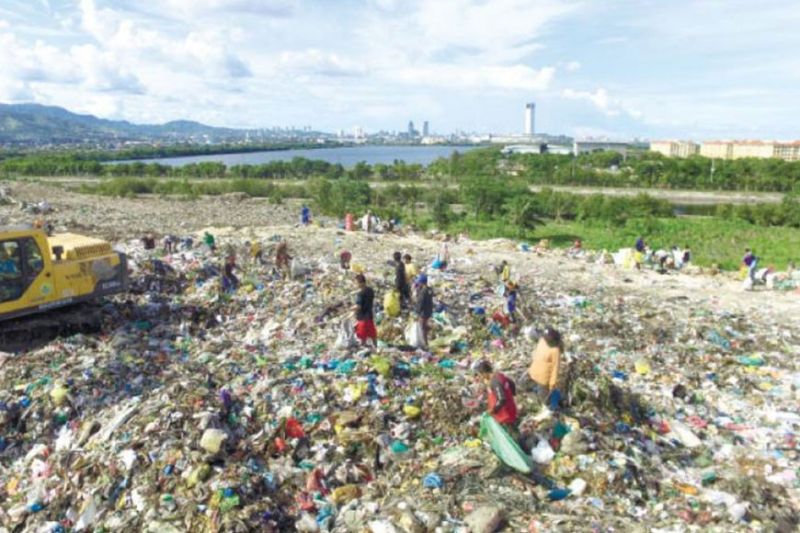 He said Idis is promoting these villages, so other areas to also take the ordinance more seriously in addressing the growing waste production.

Felices said these are the only barangays out of the 182 villages in Davao City that are strictly implementing the ordinance, which requires households/establishments to segregate wastes into biodegradable, recyclable, and residual.

Felices underscored the need for people to reduce waste production because of the overflowing garbage in the sanitary landfill in New Carmen.

He said that in Davao City, their group has been vocal in citing the problem in the city when it comes to managing solid waste.

"We are recognizing the efforts of Davao City in reducing this waste but we consider na very lacking though we have a very well-crafted ordinance, the solid waste management ordinance. There is a big problem since currently, almost five barangays are only compliant in this ordinance," he added.

On a daily basis, the city is producing up to 400 to 600 tons of garbage collected by the Davao City Environment and Natural Resources (Cenro). These wastes are dumped at the sanitary landfill.

Felices said almost 30 percent of the garbage in the city is not collected from the households and these are assumed to have been thrown anywhere or burned.

"[We need] to influence our fellow Dabawenyos to reduce their own waste consumption or waste production para at least, we will be able to contribute to lessening of our waste," he said, adding that the problem on excessive number of plastics causes various environment issues, such as clogging on drainage that further results in massive flooding.

He also expressed dismay that out of the 182 barangays, only a few are religiously enforcing the ordinance. Other barangays are not complying and properly implementing local policies.

Meanwhile, Idis has observed that some far-flung barangays do not observe proper waste management, since those areas have no Material Recovery Facility (MRF) and the garbage trucks of Cenro could barely go there to collect garbage.

The people are forced to burn or bury their garbage, which is hazardous to the environment, said Felices.

"We are pushing for more MRF sa mga barangay natin. We are hoping also na hindi lang collection ang ta-trabahoin ng Cenro natin but also intensify their IEC (information and education) campaign to barangay level, the grassroots level, para at least at their own level, they will be able to contribute in lessening of our waste in Davao City," Felices added.