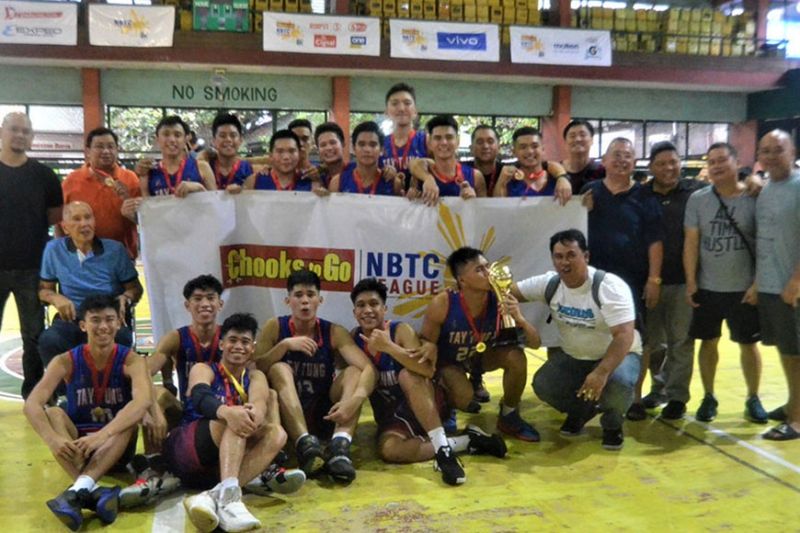 Thunderbolts kicked off with a 10-2 run in the opening quarter forcing the Titans to call for an early timeout. Despite the Thunderbolts' defense, the Titans were able to pull-off with a 14-10 scoreline at the end of the period.

Tay Tung found some remedy in the second quarter as Kent Esparagoza found his range by hitting four triples while Henj Demasana provided the ceiling as they booked a 38-29 advantage at the half. Rommel Hechanova and Rafael Catalonia, meanwhile, combined 11 points for CSAV.

In the third quarter, the Titans maximized their speed advantage as they slightly outran the Thunderbolts, 23-20 behind Catalonia's 11 points while limiting Esparagoza to only 6 points -- all from beyond the arc.

In the fourth period, Mico Exaltado alongside Hechanova and Catalonia engineered a combined all of CSAV's 22 points but was not enough to book a win as Martin Biatingo delivered 8 points of Tay Tung's 20-point output in the quarter.

It was a heart-pounding fourth quarter game as both teams made several lead changes and deadlocks. Tay Tung was leading the game 74-72 with less than a minute left when Demasana was sent to the stripe after a foul by the Titans. The 6-7 center completed his charities for a 76-72 lead.

However, Hechanova was fouled on a counter-attack but split his free-throws to cut the lead to 76-73 with 7.1 seconds left. Downed by only 3 points Titans immediately fouled Tay Tung's guard and eventual Finals' MVP Fritz Valencia on an inbound play and was sent to the free throw line but, split his charities, 77-73.

With 6.4 seconds left, Tay Tung's center Dritter Ilalto was called for a foul against Exaltado and fouled out of the game. Exaltado has an opportunity from the stripe but, split his shot, 77-74. Titans then fouled Biatingo, who also split his free-throws but, enough for a comfortable 4-point lead, 78-74 as Titans missed a triple at the buzzer.

Earlier, Thunderbolts defeated Titans at the end of the elimination round, 83-75.

Thunderbolts will face the champions of the Silay-Sagay and San Carlos legs for the NBTC Provincial Finals on January 25.