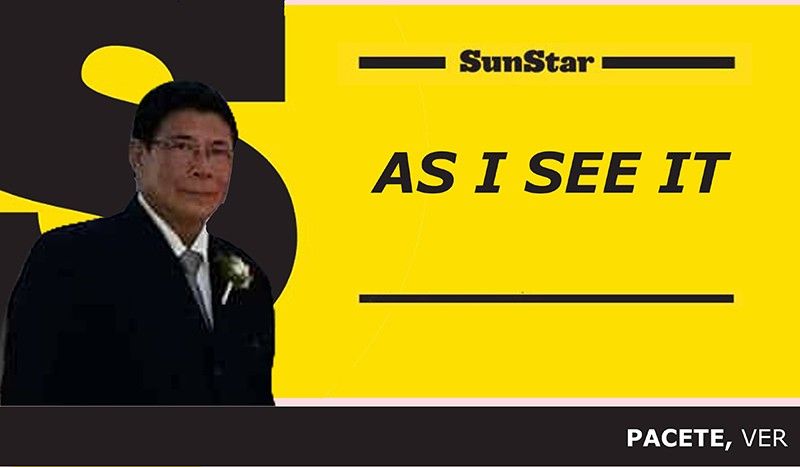 "IF THEY (drug personalities) will not cooperate within this month, expect a bloody operation in February." These are the words of Police Lieutenant Colonel Jovie Espenido, deputy city director for operations of Bacolod City Police Office (BCPO).

Espenido has spoken and we are expecting a parkour chase between him and the high-value targets in the illegal drug circle of Bacolod City and Negros. It pains my heart that Bacolod is now a "shabulized city." When I was still the president of the Association of Tourism Officers of Negros Occidental (Atono), I promoted Bacolod as part of Bacolod-Talisay-Silay Tourism Circuit.

In our area, we now have a hard-boiled police officer who is ready to plunge himself to a visceral action with drug lords and their protectors. We don't want to read headlines in February that there is the "St. Valentine's Day Massacre" of high-end drug celebrities.

Sir Jovie is serious in telling the drug aggregations to surrender before he starts his episodic plot for them that will surely lead to a tragic climax. We know his style... violent and quick. I know that the Bacolod mediamen expect for surprisingly realistic performance and plethora of impressive angles for their camera.

It has been noted that our Bacolod PNP stations seized in their drug bust operations millions worth of "shabu" in the past weeks. Not-so-important characters were apprehended with no stellar role in the robust and violent drug industry. Who are their suppliers? Who are protecting the suppliers in Bacolod and Negros? No definite answer yet.

Jovie aired out his heart's content that in Bacolod he lacks the logistical support (in cash, in kind, or in kindness). Of course, Jovie is not an avatar (a hybrid of human and Na'vi) who can just survive this drug war without the support of the honorable public officials and the Christian concerned citizens of Bacolod and Negros.

He also needs gas if he has a "borrowed car," and a kind of special gas to boost his ego to finish a number of bravura sequences as a gladiator in the arena of illegal drugs. Bacolodnons know that their public officials and the Chamber of Commerce are also listening. Jovie's radio appeal (during the interview) could be his uncanny ability to bend public officials to his will.

Jovie's superiors in the BCPO could be willing also to provide him with a slice from the "assistance" that had been extended by NGC (passing a legislation with executive action) to augment his other needs in his ground-breaking activities with the narco royalties.

We cannot wait for a bloody Valentine to see the maverick genius of Espenido. On the first thought, we are expecting for a bloodless surrender of the illegal drug "capos" (bosses) without social and cultural chaos. Negrosanons are peace loving and look forward to a happy ending without using the good-versus-evil formula.

To a happy ending, we expect our public officials to give their compelling performances to our deputy city director for operations. Let us prove that there is no "shabulized Bacolod" and let us tell President Digong Duterte that in Bacolod, illegal drug trading is not part of our business. We give it a flammable condemnation!