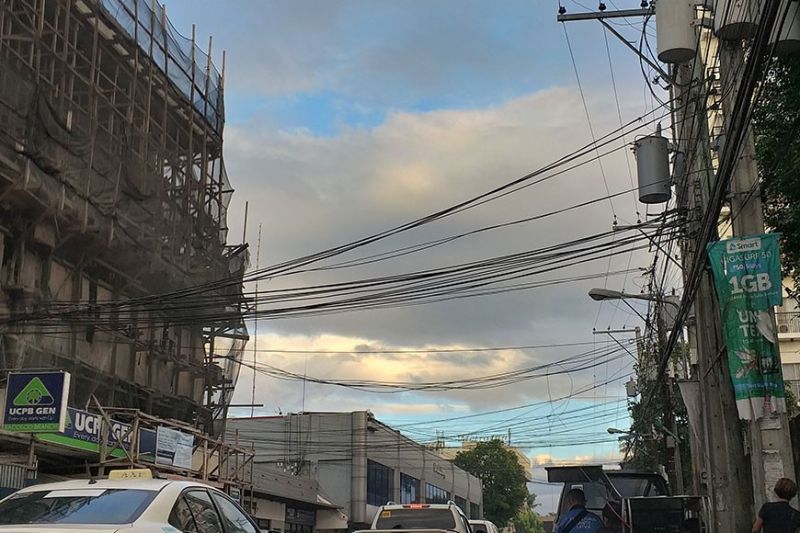 BACOLOD. The Central Negros Electric Cooperative, like two other distribution utilities in the province, has lowered its power rates this month. (Erwin P. Nicavera)

LIKE two other electric cooperatives in Negros Occidental, the Central Negros Electric Cooperative (Ceneco) also has a lower power rate in January.

Catering to the largest number of electric consumers in Negros Occidental, the distribution utility announced a reduction of P0.0671 per kilowatt hour (kWh).

Ceneco officer-in-charge general manager Engineer Jose Taniongon, in an advisory, said the lower power rate can be attributed to the reduction in generation, transmission and systems loss charges.

Taniongon said of the total power rate for this month, P9.2141 per kWh accounts for the pass-through charges that include generation and transmission charges, Energy Regulatory Commission (ERC)-approved adjustments, government subsidies and taxes.

The remaining P1.1866 per kWh of the power rate goes to the cooperative through Distribution, Supply, Metering (DSM) charges and Reinvestment Fund for Sustainable Capital Expenditure (RFSC) for its administrative and operational services.

"In monitoring the monthly electricity usage, consumers are advised to look at their kilowatt-hour consumption, not the amount," he said, adding that "the amount may vary depending on the pass-through charges."

Ceneco covers the cities of Bacolod, Talisay, Silay and Bago, and towns of Murcia and Salvador Benedicto.

Noneco, catering to consumers in the north, from E.B. Magalona and San Carlos City, lowered its power rate by P0.0390 per kilowatt hour (kWh).

The lower rate is attributed to the lower generation cost amounting to P0.1169 per kWh.

Catering to southern portion of the province, from Pulupandan to Hinoba-an, Noceco said its power rate for this month reduced by P0.5418 per kWh.

The main driver of the lower electricity rates this month is the P0.3393 per kWh reduction in the generation charge, which moved from P5.8864 to P5.5471 per kWh.

These are on top of other decreases in the Wholesale Electricity Spot Market price; various supply agreements, systems loss charge; transmission cost, and value-added tax in transmission rate.