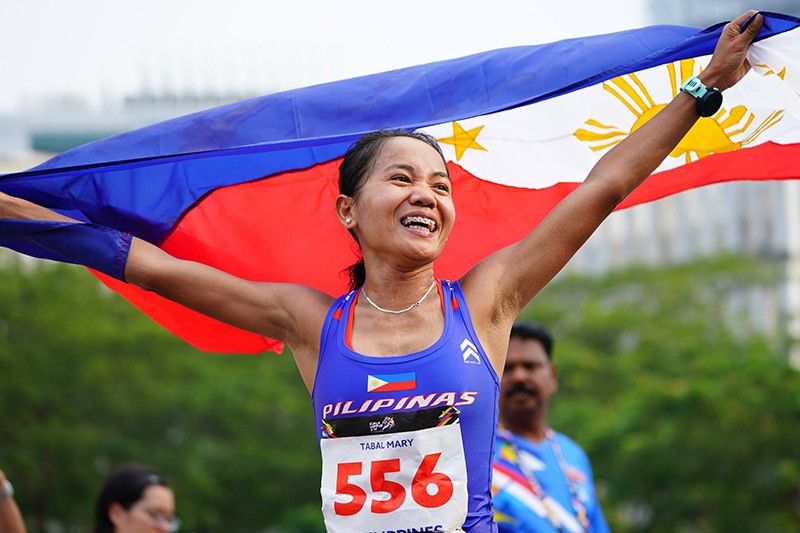 LOSING two major titles in less than two months was definitely a tough one for Mary Joy Tabal. But this did not dampen the spirit of the Cebuana runner as she plans to use these setbacks as a motivation to keep improving.

The 30-year-old Tabal settled for second place in both the Southeast Asian (SEA) Games in December and Milo Marathon on Sunday, Jan. 19, 2020. She lost both her titles to the fast-rising marathoner Christine Hallasgo of Malaybalay, Bukidnon.

“First thing to do is recover and reset and we go back to square one,” the Guba, Cebu City native said.

Tabal already made history in the Milo Marathon national finals as the winningest female runner before her six-year reign ended on Sunday in Tarlac City after finishing second again to fellow national team member Hallasgo.

The former Southwestern University sprinter remained gracious in defeat and spoke like a true champion after the race.

“In every athlete’s accomplishments and setbacks, there are stories behind that not everyone will know and understand. This is sports. You win, you win! You lose, you lose! But when you lose today, it doesn’t mean that you will lose forever,” Tabal posted on her social media account.

One of Tabal’s dreams is to get another chance to get to the Olympics. Her first Olympic stint was in the 2016 Summer Games, when she made history as the first lone female qualifier and country’s representative in the women’s marathon.

But first things first, the team of Tabal will get back to the drawing board as they map out plans for the 2020 calendar. One race that the camp is considering is the Tokyo Marathon on March 1, one of the qualifying races for the Tokyo Olympics.

Tabal of Motor Ace Kawasaki Racing Team said she’s still motivated to win that No. 7 title in the Milo Marathon, which is set to start another chapter for the runners in the 2020 series. The regional qualifiers usually start in the third quarter of the year and the national finals in December.