Prince Harry: 'No other option' but to cut royal ties 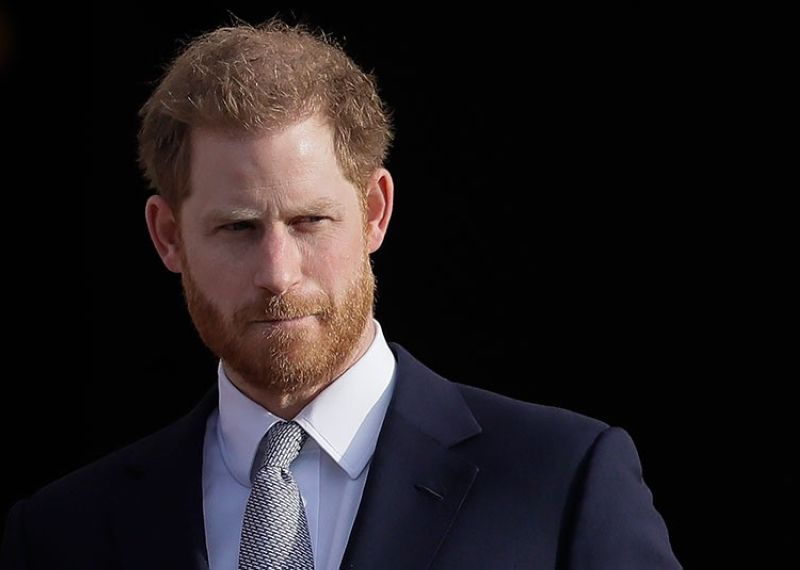 LONDON. In this Thursday, January 16, 2020, file photo, Britain's Prince Harry arrives in the gardens of Buckingham Palace in London. (AP)

LONDON -- Prince Harry said Sunday that he felt “great sadness” but found “no other option” to cutting almost all of his and his wife Meghan’s royal ties in the hopes of achieving a more peaceful life.

The comments were Harry’s first public remarks since his split from the royal family was announced earlier this month. Video of his speech was posted to Harry and Meghan's official Instagram account.

Harry said he did not make the decision lightly and praised his grandmother, Queen Elizabeth II, and the rest of his family for supporting him and his wife in recent months. He called the decision “a leap of faith” and said he hopes the move will allow him and his family to achieve a “more peaceful life.”

During his speech at a charity event, Harry framed the decision as being at least in part because of press scrutiny, saying the “the media is a powerful force.”

He said that he and Meghan intend to continue a life of service and that his love and support for the United Kingdom is unwavering, but added that he needed to shed the royal ties he grew up with.

“We’re not walking away, and we are certainly not walking away from you,” Harry said. “Our hope was to continue serving the queen, the commonwealth and my military associations but without public funding. Unfortunately, that wasn’t possible.”

Harry and Meghan plan to spend most of their time in Canada. Beginning this spring, they will stop using their “royal highness” titles and will lose all access to public funds once they stop carrying out official functions.

Harry made the remarks at a dinner to support Sentebale, his Africa-based charity supporting youngsters with HIV. He opened his speech noting that many in the audience had watched him grow up and said he wanted them “to hear the truth from me, as much as I can share, not as a prince, or a duke, but as Harry.”

Harry framed the decision to leave as his own, made on behalf of Meghan and their young son, Archie. He said that Meghan shares his values and remains “the same woman I fell in love with.”

He spoke of both during his remarks, telling the audience that Archie had seen snow for the first time a few days ago and "thought it was bloody brilliant."

He then turned to his relationship with the queen and other members of his family.

“I will always have the utmost respect for my grandmother — my commander in chief — and I’m incredibly grateful to her and the rest of my family for the support they have shown Meghan and I over the last few months,” he said. (AP)