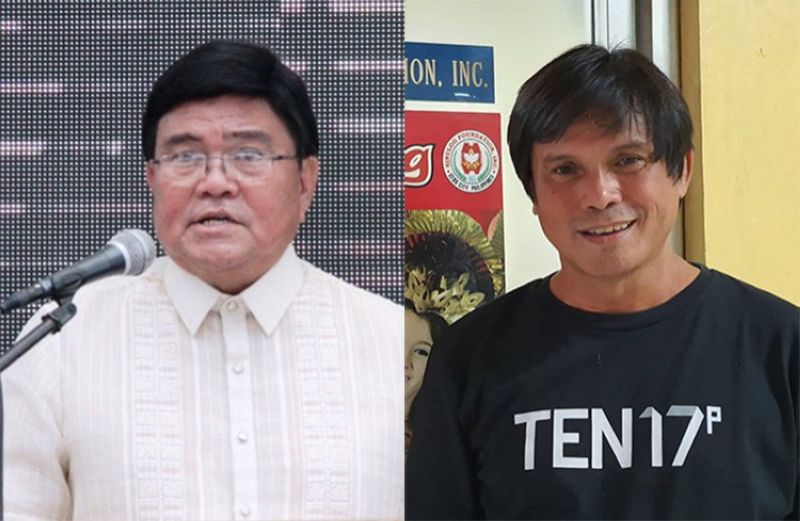 * WHY THE PRESIDENT'S LEGACY IS BEING PROMOTED NOW, barely halfway his six-year term? It would make people think he's leaving soon, thus enhancing people's perception of Duterte turning into a lame-duck. The other view is that it would strengthen his place in history and the public mind and heart.

* ABOUT THE CREATIVITY AND PERVERSION IN THE ACT OF SINULOG REVELERS smearing other people's faces with paint mixed with their saliva and then boast about the mischief on Facebook?

Skeptical about the claim

Two or three local radio commentators doubt the claim of Cebu City Mayor Edgar Labella that he didn't know about the two "exclusivity contracts" that the Sinulog Foundation Inc. (SFI) entered into with a cable company and a food conglomerate.

Perhaps the mayor's brother honored the confidentiality expected of him by his SFI colleagues, who include Vice Mayor Mike Rama. Or both brothers were too busy during the frenzy of Sinulog activities. Or Jojo Labella is the kind of person who doesn't chat with his VIP sibling. Anyway, the investigation the mayor promised may give the answer.

Until that is clarified though, broadcasters -- generally skeptical about almost anything -- are doubting the mayor's claim. Among them, Lloyd Suarez of dySS radio, expressed his disbelief in a CDN column.

A criminology student from Guadalupe, Cebu City was arrested by police Monday night (January 20) for allegedly threatening to publish nude photos of his brother's former girlfriend unless she would have sex with him. The girl went to the police and the student was collared when he showed up at the lodge in Cebu City.

Similar cases elsewhere, in Paranaque and Manila, led to the filing of violation of the Anti-photo and Video Voyeurism Act (Republic Act #9995) and grave coercion.

Which under the four prohibited acts of photo/video voyeurism law would the Cebu student's case fall?

It wasn't known if he or his brother took the photos and what the photos showed: she and his brod performing the sex act or any of her private parts such as genitals or pubic area, buttocks or breasts. Taking of the photo or video, under the voyeurism law, must be without the consent of the persons photographed or video-shot and "under circumstances in which they have expectation of privacy."

News reports also didn't say if the student (1) copied or reproduced it, "with or without" consideration or (2) distributed the original or the copy, or (3) published, broadcast or showed it to others through the media or by digital means such as cell-phones, DVDs and similar means.

Apparently, the student used the photos to exchange for sex, which police elsewhere deemed as grave coercion. The voyeurism law violation would be the additional charge, if he committed any of the three acts listed by the law.

An official of the Regional Anti-cybercrime Unit (Racu) was quoted in a news report that mere possession would be punishable. The law doesn't say that but images of nude photos or a couple engaged in sex found in the possession of a person may lead to any of the prohibited acts of copying or reproducing, selling or distributing, or circulating in the media.

In other words, possession helps as evidence of any of the prohibited acts. The suspect will have to explain how he got the images. With the ease of transmitting photos these days, anyone can get that kind of material even without asking for it.

To avoid that situation in which one is asked by the police to explain, it may be prudent to delete the potentially problematic photos promptly.