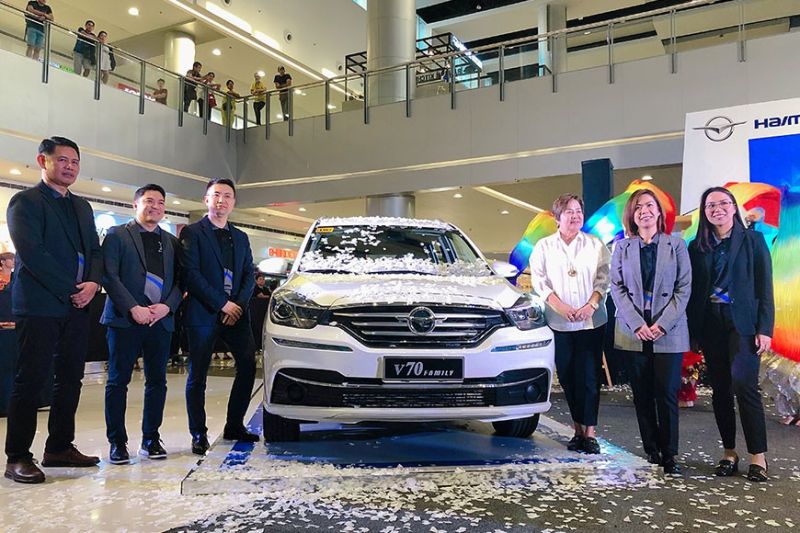 Also present during the unveiling ceremonies were LGC matriarch Teresa Laus and her children, Carisa and Levy Adrian, Haima Philippines general manager and executive director Donald Calma, and other Haima and LGC officials.

According to Dong, the Haima V70 Family MPV will take family bonding to a whole new level given its comfortable space, elegant interiors and advanced technology, security and safety features such as seven leather ergonomic seats, flexible and larger space, and 23 storing spaces.

Haima came to the Philippines in 2010 through the efforts of Chairman and Founder Levy P. Laus.

In her speech during the anniversary celebration on Monday, Laus-Velasco recalled why her father chose to introduce Haima in the Philippines.

"Our father made an out-of-the-ordinary step in picking the car brand that would best embody the LausGroup, that is quality and customer satisfaction," she said, adding that her father knew that Haima was a promising brand to carry after thorough research and test driving.

A decade later, Haima Philippines now has 11 branches with LausAutoGroup as its official distributor in the country.

Haima International has recognized the LausGroup as its "best partner" from 2010 to date.

According to Dong, Haima has released about 10 models in the Philippine market with a total sales volume of more than 5,000 units.

In the coming years, Dong said Haima is set to roll out more car models in the country.