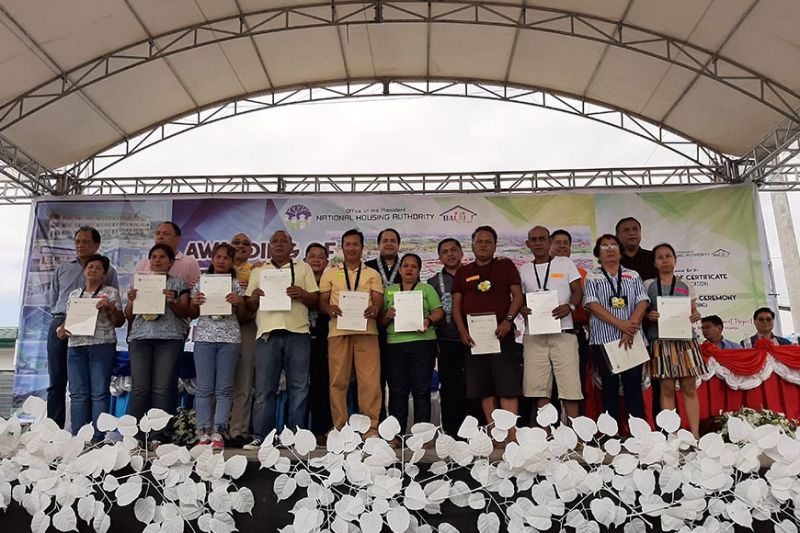 EVERY year, the family of Reynaldo Guinto is among those that need to be relocated during the typhoon season as they live along the Pampanga River in Barangay Bebe Anac, Masantol.

This year might be different as Guinto was among the recipients of the housing units in Golden Residences Resettlement Center in Barangay San Nicolas.

Mayor Danilo Guintu said a total of 928 families coming from barangays Bebe Anac, San Nicolas and Sto. Niño will benefit from the housing project. These families include those that will be displaced by the massive flood control project undertaken by Hanjin Heavy Industries Inc. in the province.

"Every year, we are evacuating hundreds of families to ensure their safety from floods and the health risk that it entails but through this housing project, we were able to provide them not only a safer community, but a decent home," he said.

The National Housing Authority (NHA) formally awarded the brand new housing units to the recipients who were formerly residing along the riverside or in government properties.

"We've seen from the housing projects built by former administrations that they are being abandoned by recipients because they were too small, and were not suitable for living so we decided to improve them and Masantoleños, through the Golden Residences, will be the first ones to experience the new and better version of the government's housing project," he said.

Governor Dennis Pineda, meanwhile, vowed to provide funding for the construction of a health center and its equipment in the resettlement center.

"We are building a new community here and we wanted to ensure that it will be liveable so we will be downgrading the health programs of the Provincial Government," he said.