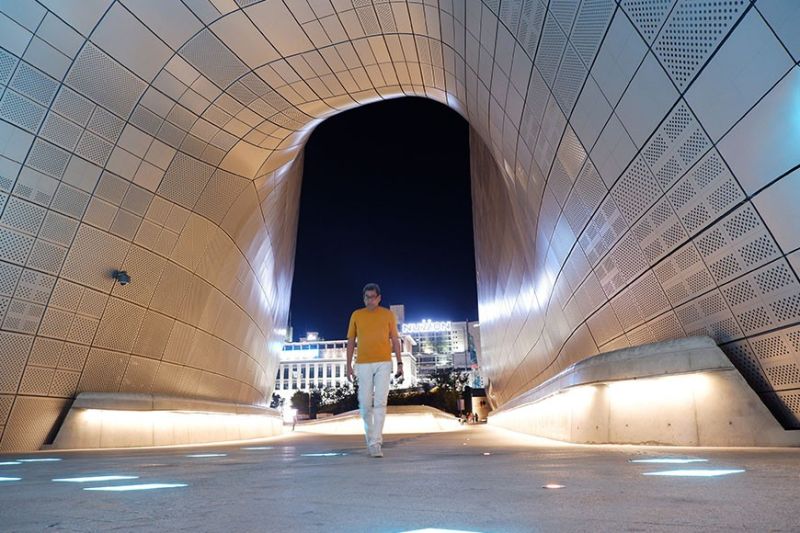 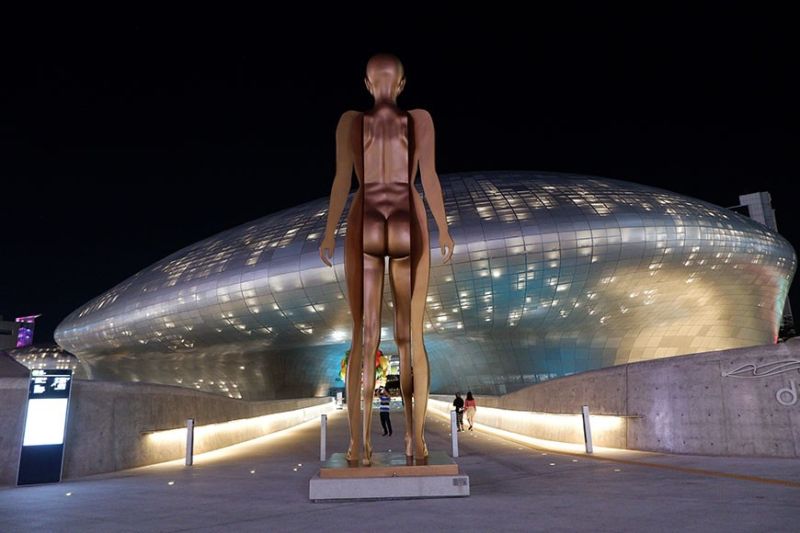 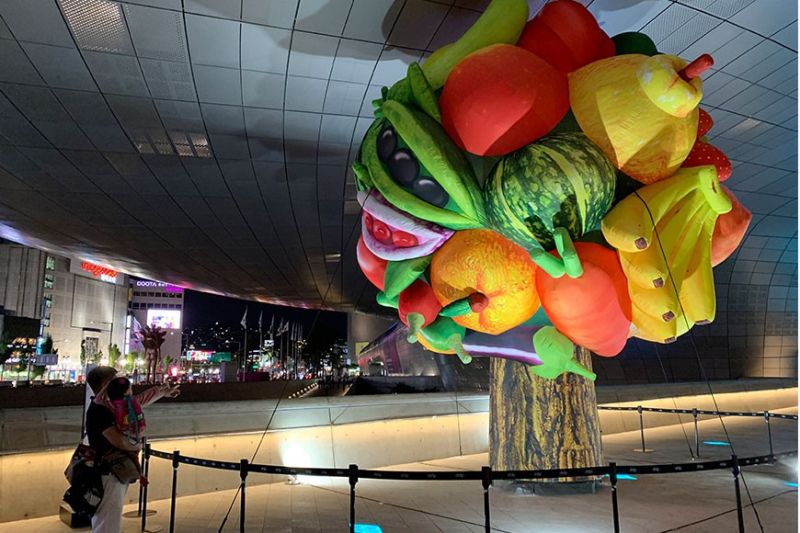 SEOUL. Kids and adults are up for a visual treat. (Photo by Jinggoy Salvador) 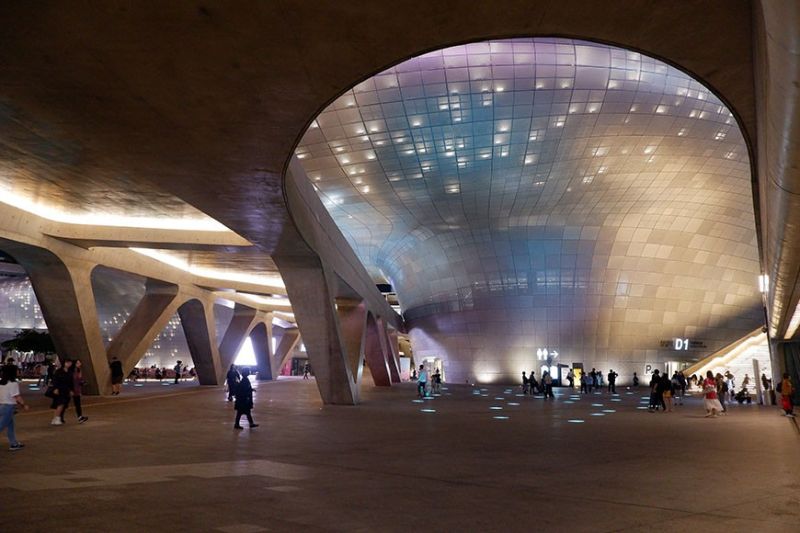 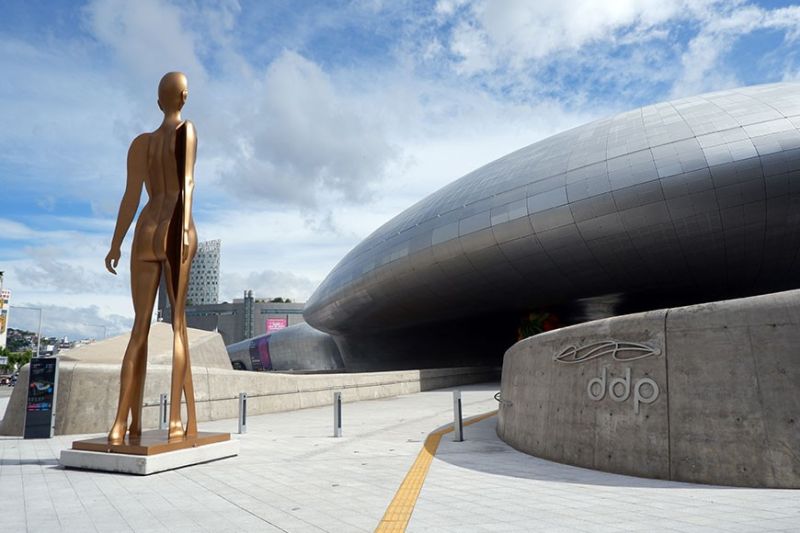 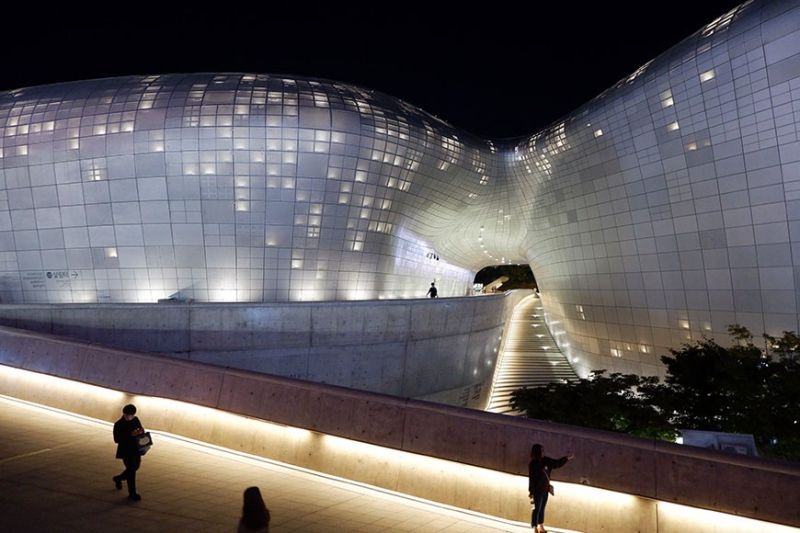 SEOUL. Like mercury in the process of fusing into one.(Photo by Jinggoy Salvador) 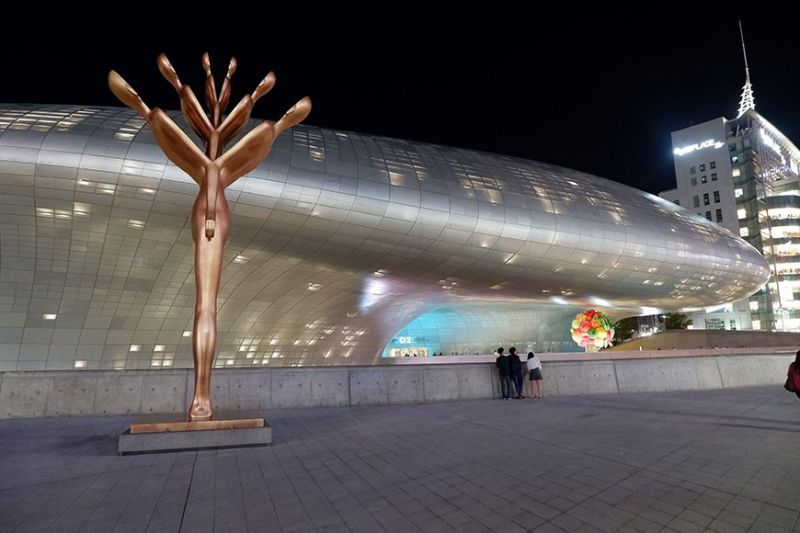 SEOUL. Art all over. (Photo by Jinggoy Salvador)

WHEN visiting a new place, topping the must-see list are the historic spots of the area. Those are usually the landmarks -- the age-old castles, historic plazas, soaring obelisks. There are the newer ones, but it has to be exceptional enough to be noticed. Take for example the Burj Al Arab or the Guggenheim Museum in Bilbao, and the buildings created by lauded architects like Frank Lloyd Wright (Guggenheim NYC) and IM Pei (Louvre Pyramids) and many more. The Louvre in Abu Dhabi is gorgeous as well.

As the millennials would say, “It has to be Instagrammable,” with them on the picture, of course, as proof that they were in the place.

Seoul in South Korea has lots of IG-worthy landmarks. Perhaps the city has the Korean telenovelas to thank for the meteoric rise of tourist arrivals in the city and its attractions. On top of it are the imperial palaces serving as backdrops for tourists in Hanbok, Korea’s traditional attire. It’s a dream come true for many.

In this other landmark, in central Dongdaemun, I didn't catch any Hanbok-wearing tourist. Maybe they perceive it as a mismatch. But if you ask me, the contrast of the traditional against the modern is picture perfect.

I’m referring to the Dongdaemun Design Plaza (DDP), the futuristic, shiny giant mushroom-like (or even spaceship) structure clad in aluminum that seem to float above ground. The structure was officially inaugurated in the 2014 and took five years to construct. The year after, it was the most IG-tagged spot in the Korea. Of all the modern landmarks in the city, this one is deemed as the most iconic.

This is the “world’s largest atypical architecture” and was designed by Zaha Hadid, the award-winning architect who also designed the “starfish” aka the Beijing Daxing International Airport, which opened to the public in September 2019. In a design competition, Hadid’s "Metonymic Landscape" concept won her the bid to create a landscape that integrated the historical, cultural, urban, social, and economic aspects of Seoul.

DDP serves as the main venue for everything related to arts and design. It’s both a showroom and gathering area comprised of five elements strategically arranged in the seven levels of the building, four above ground and three below ground: Art Hall, the key venue for conventions, trade shows, exhibitions, fashion shows, concerts and performances; Museum Hall, which displays Korean design and global trends in five sections; Design Lab, a training ground for rising creative minds; Design Market, a multipurpose space for culture and shopping open 24/7; and the remarkable Dongdaemun History and Culture Park, the newest park in the city that seamlessly connects to the rooftop of DDP. It also offers a glimpse of the area’s past as a military training ground during the Joseon dynasty.

DDP is hard to miss. The jaw-dropping building is also easy to reach. It is connected to the Seoul Subway via the Dongdaemun History and Culture Park Station. Get your camera ready, and may I suggest you wear a color that contrasts white and aluminum for you to stand out and create your IG-worthy post.