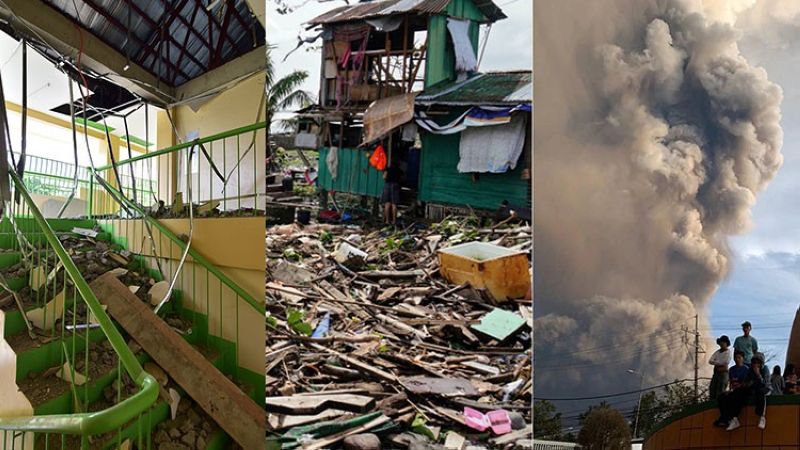 THE Davao City Government has allocated a total of P11.3 million for the victims of the series of calamities in the entire country.

The 19th City Council on Tuesday, January 21, granted the request of Mayor Sara Duterte-Carpio to utilize portion of the 30 percent Quick Response Fund (QRF) out of the five percent Disaster Risk Reduction and Management Fund (Calamity Fund) of the City Government for the year 2020.

The City will be providing financial assistance to the following areas, which were all declared under state of calamity: P1 million each to the provinces of Leyte, Capiz, Eastern Samar, Aklan, Samar, and Iloilo; while municipalities of Medellin, Daanbantayan, and Madridejos in Cebu, Pandan, and Libertad in Antique, Daram in Samar, and San Jose in Occidental Mindoro will each receive P300,000. These areas were hit by Typhoon Ursula, which struck the country in December last year.

Earthquake inflicted areas in Davao del Sur such as Municipalities of Sulop, and Kiblawan, and areas of Padada, and Matanao will also receive P300,000 each. These are the areas that experienced severe damage in the December 15 earthquake that reached 6.9 magnitude in Richter scale.

The City Government will also be allocating financial support of P1 million each to the provinces of Batangas, and Cavite, which were affected by the eruption of the Taal Volcano.

"Mayor Sara directed to fast-track the checks so that these can be properly distributed and received by the provincial treasurers," Dayanghirang told reporters at the City Council.

The councilor said the city has currently P250 million calamity fund for 2020, and the P11.3 million financial aid is the first round of financial assistance for this year.

He said the city had an excess of P30 million from the said fund last year, which is added to the current calamity fund.

CDRRMO head Alfredo Baloran said they will hand out the check to the areas of Davao del Sur on Wednesday, January 22, then in the typhoon victims in Visayas, and lastly in Taal-affected areas in Batangas and Cavite, which dates are yet to be finalized.

The financial aid, he said, on top of the 5,000 food packs the city government sent in Batangas last week, through Task Force Davao.

Meanwhile, Dayanghirang said there is a possibility that the city would extend another financial assistance to Taal Volcano eruption-affected areas, especially that Taal is currently manifesting volcanic activities, which might result to a massive eruption.

"For as long as the city has excess money, there is no question about that," the councilor said, adding calamities have no timeframe and that the city would immediately respond in times of emergency to help its neighboring areas.