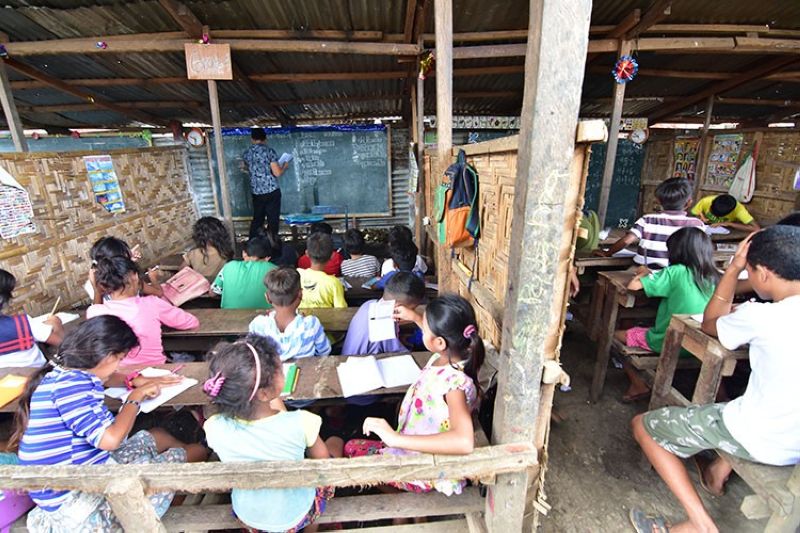 ADMINISTRATORS and teachers of the Salugpungan Ta'tanu Igkanugon Community (Salugpungan) will seek legal justice for the reopening of the community school in the Department of Education (DepEd) central office, its personnel said.

"Pursigido mi nga ablihan ang maong eskwelahan tungod wala kini miagi og due process, kung unsa ang tubag sa Salugpungan sa mga alegasyon batok kanamo (We want to reopen the school because from the very start Salugpungan was not given due process on the allegations thrown against it)," Bakwit School of Salugpongan volunteer and head teacher Mimi Alegre said on Monday, January 20, in a press conference.

DepEd-Davao, in October 2019, issued a closure order in all Salugpungan and its affiliate school in the region after almost two months of investigation.

The recommendation was based on the investigation of the five-member fact-finding committee created by DepEd, also requesting all student records to be turned over to the DepEd Schools Division Office for proper custody.

Based on the committee's findings, Salugpungan does not comply with the curriculum standards set by DepEd.

The committee also said that Salugpungan allegedly brought its students away from their home without the consent of their parents and used them to generate funds by making them perform the plight of the Lumad, which is violating DepEd's Child Protection Policy.

Two months earlier, DepEd-Davao, issued a suspension order against the school to give way for the investigation.

DepEd-Davao spokesperson Jenielito Atillo said the suspension was ordered to give the Salugpungan camp to "air their side on the allegations thrown against them."

However, Alegre said the issued closure order was "biased," citing that no DepEd personnel visited any of the Salugpungan schools.

Currently, some of the affected Salugpungan students had fled to the "bakwit schools" at the United Church of Christ in the Philippines (UCCP)-Haran Center in Father Selga.

The Regional Peace and Order Council (RPOC)-Davao, on January 15, passed a resolution seeking the immediate closure of UCCP-Haran, which has been serving as temporary shelter for the Indigenous Peoples (IPs) from various provinces since early 2015.

According to the resolution, the "security sector have recorded violations of IPs' rights, child abuse, child trafficking, exploitation of the IPs for terroristic activities were committed inside the facility."

Alegre said the RPOC resolution is a strategy so that the students in the bakwit schools will be returned to their respective areas.

But she said some of the affected students wanted the Salugpungan school to reopen.

She also said these students cannot afford to go to public school because it is inaccessible and costly.