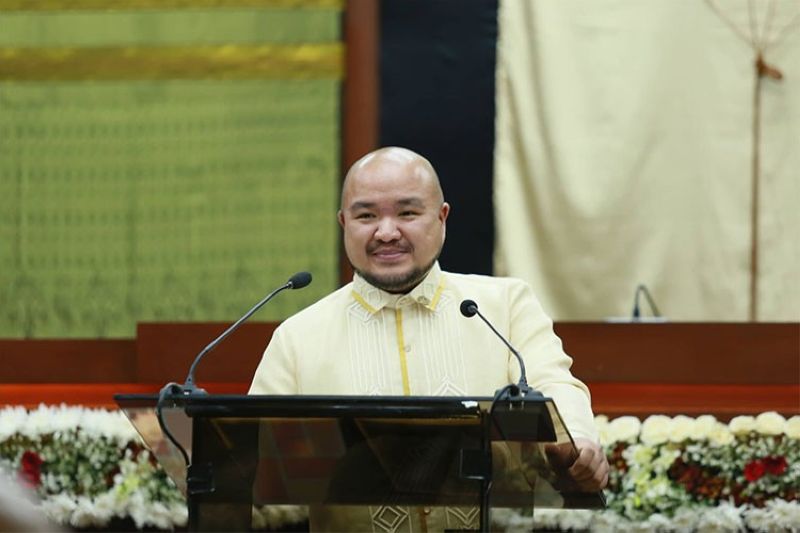 THE highlights of the 2020 State of the Province Address (Sopa) of Davao de Oro Governor Jayvee Tyron Uy were not only about the province's milestones and achievements, as he also committed several projects and programs that aim to develop, uplift, and support its people especially the disadvantaged.

During his Sopa delivered on Monday, January 20, 2020, at the province's new Sangguniang Panlalawigan building session hall in Nabunturan, Uy promised to build a temporary home for the women and children who are victims of abuse and exploitation.

"Our province allotted five million pesos for the construction of a two-storey residential building we will call Bahay Pangarap ng Davao de Oro to be their temporary home," he said, adding that it is of equal importance to secure the shelter of the victims of abuse and exploitation as to secure the health of the people.

He said the Bahay Pangarap, which is the first in the province, is expected to be constructed this year.

The governor also promised to relocate the families living in high-risk areas as part of the provinces strengthened implementation of the No Habitation policy through the passage of PDRRMC Resolution 2.

Meanwhile, for the indigenous peoples sector, the governor also pledged to create the Ancestral Domain and Indigenous People's Affairs Division.

He said the division will be under the Office of the Governor and its creation is now underway.

"A legislation shall soon be passed to make it functional. This office is expected to be the umbrella of IP governance and cultural promotion," he said.

He also promised that a local law on the Indigenous Peoples' (IPs) ancestral domain will be created within the year.

"Another policy presently being drafted is the Ancestral Domain Revenue Code, which incorporates transparency initiatives that will reinforce IPs right to their ancestral domain," he said.

Aside from this, birth registration of IPs will be also conducted to facilitate their legal documents and to have a better data banking for the IPs. This will allow and enable the IPs to have better access to all of the government's basic services.

Uy also committed to give the IPs free housing units this year.

"This 2020, our IPs will receive free housing through the grant provided to us by the National Housing Authority," he said, adding that 300 IP houses are now set to be built in Monkayo, New Bataan, and Montevista.

These commitments, he said, are part of his governance's five core priorities -- the Planet or Environmental Management and Disaster Preparedness, People or Social Protection and Human Development, Prosperity or Economic Development, Peace or Peace, Security and Justice and Plus or Good Governance.

"No single intervention was done without thinking of our people -- the life they have, the jobs they do, the potentials they are gifted with and the opportunities they have to seize. The local government is here to uplift, protect, and usher our people in fulfilling their destiny. We always see the gold in each one. And we will always find the gold in our people," he said in his Sopa.