What to know about the viral outbreak in China 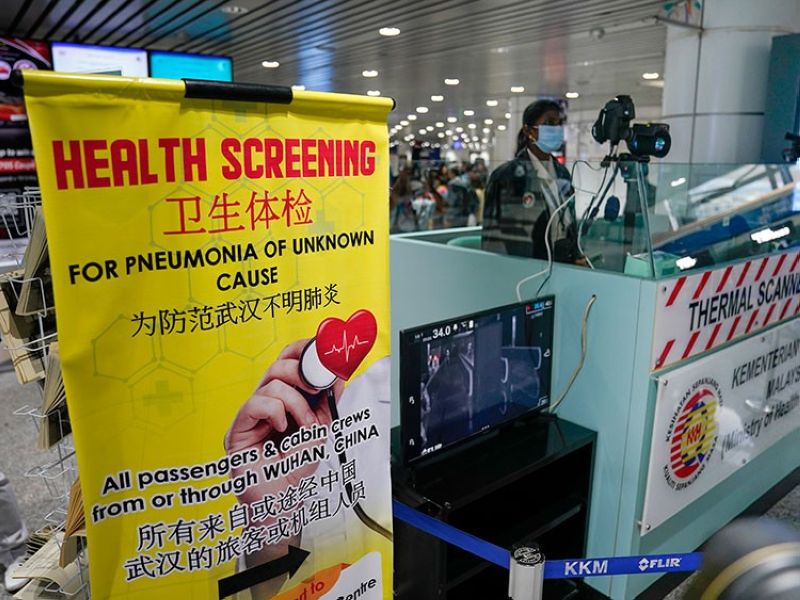 HEALTH officials around the world are keeping a close watch on an outbreak of a new virus in China. In response, governments are stepping up surveillance of airline passengers arriving from the affected area to try to prevent the virus from spreading.

Here's what you should know about the illnesses:

What is the disease?

Why is it called a coronavirus?

When was the new virus found?

The outbreak started late last month (December 2019) in the city of Wuhan in central China, apparently at a food market.

How many people have it and how widespread is it?

About 300 cases have been identified. There are about 260 cases in Wuhan, according to Chinese officials. Cases in other Chinese cities, including Beijing and Shanghai, total around 30. They were reported with the onset of an annual travel rush for the Lunar New Year holiday. Many Chinese travel abroad for the holiday and a few cases have been confirmed outside the mainland -- in South Korea, Japan, Thailand and Taiwan. That travel rush is expected to spread the disease more widely.

What are the symptoms?

Common symptoms include a runny nose, headache, cough and fever. Shortness of breath, chills and body aches are associated with more dangerous kinds of coronavirus, according to the US Centers for Disease Control and Prevention.

How is it treated?

There are no specific medicines for the illness and no vaccine to prevent it. Symptoms are treated with pain and fever medicines, and people are advised to drink plenty of liquids and stay home and rest. Most people with common coronaviruses recover on their own.

How are coronaviruses spread?

Many coronaviruses can spread through coughing or sneezing, or by touching an infected person. Initially, authorities in China said there was no evidence of human-to-human transmission in the present outbreak. But an expert panel has concluded there have been at least a few cases of people catching it from others, raising the possibility it could spread more widely.

Could it be as bad as SARS?

So far, the virus appears less dangerous and infectious than SARS, which also started in China and killed about 800 people. As of Tuesday, six deaths had been reported, all in Wuhan. Viruses can mutate into more dangerous and contagious forms, and it's too early to say what will happen with this one. (AP)