Tipster gets P12-M reward for info on Hapilon, Maute 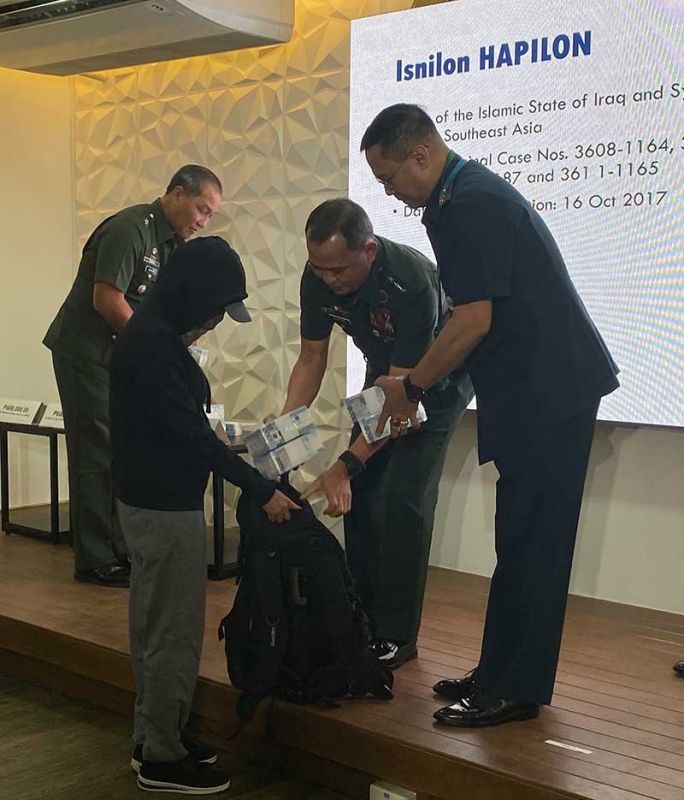 MANILA. A total of P12.4 million in cash is turned over to the informant on January 22, 2020. (Photo by Third Anne Peralta-Malonzo) 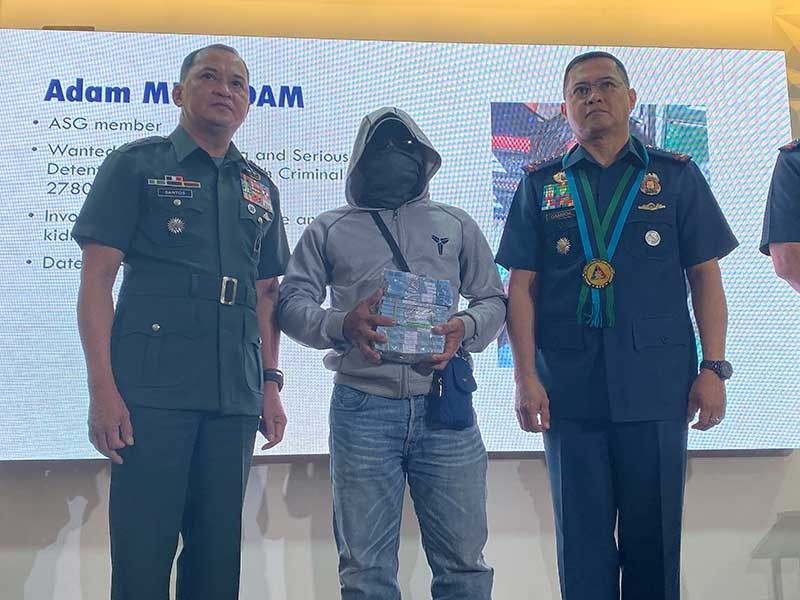 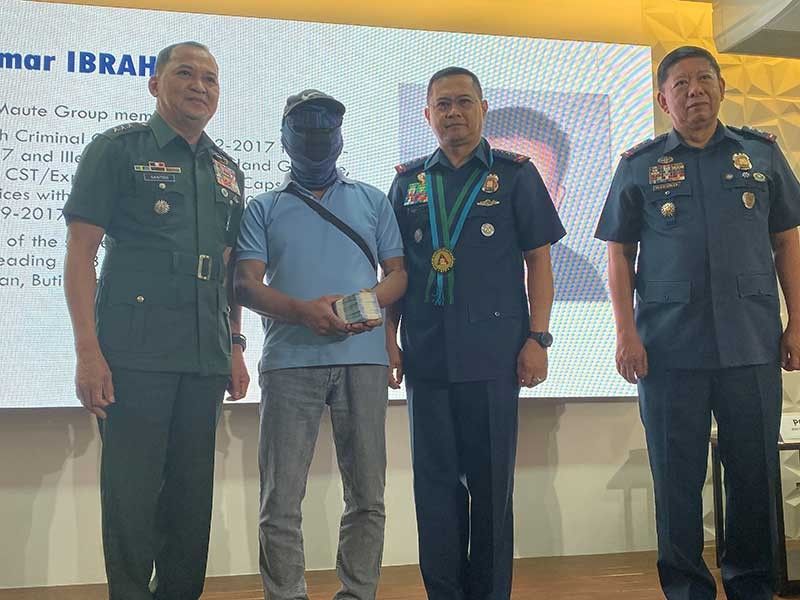 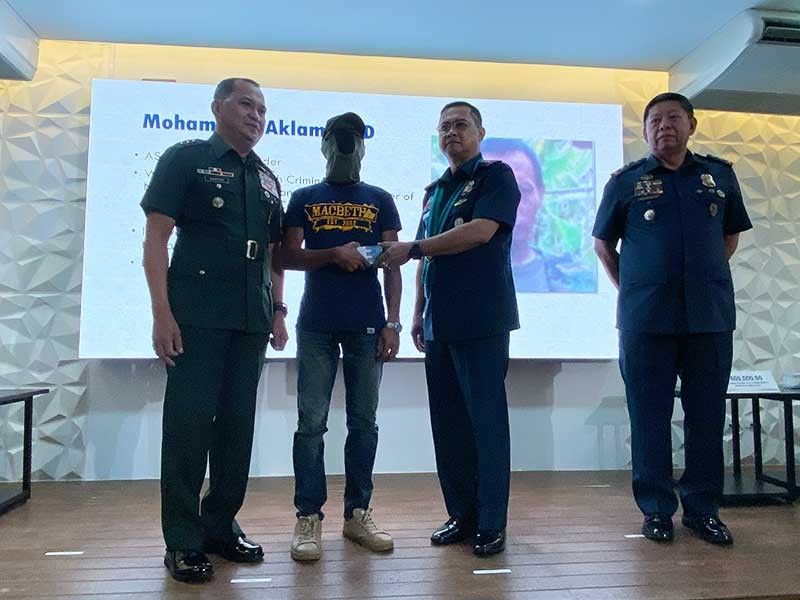 THE ARMED Forces of the Philippines (AFP) on Wednesday, January 22, turned over P12.4 million cash to the lone informant who provided information that led to the neutralization of Marawi siege leaders Isnilon Hapilon and Omar Khayam Maute.

The tipster, her face fully covered and her identity withheld for security purposes, and three other informants, their faces also covered, received their cash rewards during the joint AFP-Philippine National Police (PNP) awarding of rewards ceremony at Camp Aguinaldo in Quezon City.

Hapilon and Maute led the siege of Marawi City on May 23, 2017. They were killed in a joint operation by the AFP and the PNP on October 16, 2017. Their death led to the cessation of hostilities in Marawi.

President Rodrigo Duterte announced the liberation of Marawi City from the Maute group on October 23, 2017.

Over 1,100 people, including military and police forces, were killed during the battle. Marawi was devastated.

Meanwhile, two informants received P600,000 each for the arrest of Juman Ibrahim and the killing of Abu Sayyaf sub-group leader Mohammad Aklam Said.

Ibrahim, a member of the Maute group, was nabbed in Bagong Silang, Caloocan City by joint forces of the police and military. Said, who was killed during an encounter in Patikul, Sulu on August 16, 2016, was allegedly involved in various kidnapping incidents in Sulu as well as in the beheading of Philippine Marine troops in 2011.

The PNP also awarded P1.8 million to an informant who provided information that led to the arrest of terrorist members identified as Bads Adjam, Adjid Isnani and Adam Muhadam.

In a press conference following the ceremony, AFP Chief of Staff Felimon Santos Jr. said the informants were validated thoroughly before they were given the reward money.

"It takes time because 'yung process natin, we want to make sure na 'yung claimant is the authentic one. There is a joint evaluation with the PNP and AFP," Santos said.

"We just want to make sure na walang magiging problema dahil baka may lumitaw na ibang claimant. Mas magugulo 'yung sistema natin. Other factor is it takes time for the safety of informants," he added.

For his part, PNP Chief Archie Gamboa said the PNP is ready to provide security to informants once there is an imminent threat against their lives.

He also encouraged the communities to immediately report to the authorities any sightings of suspected terrorist group members in their areas. He said photos of wanted terrorists are available in police stations.

The reward system was established to urge civilians to provide important information which can help in neutralizing local terrorists.

Established on June 12, 2001, the reward system is being managed by the AFP-PNP Joint Reward Valuation Committee.

In Metro Manila, Santos said suspected members of the local Abu Sayyaf Group were monitored but it was not a cause for alarm as they were just in the capital “for rest and vacation” and they have no plans to stage an attack.

Gamboa said they are continuously coordinating particularly with the Muslim communities in the Metro to coordinate with suspicious persons in their area. (SunStar Philippines)