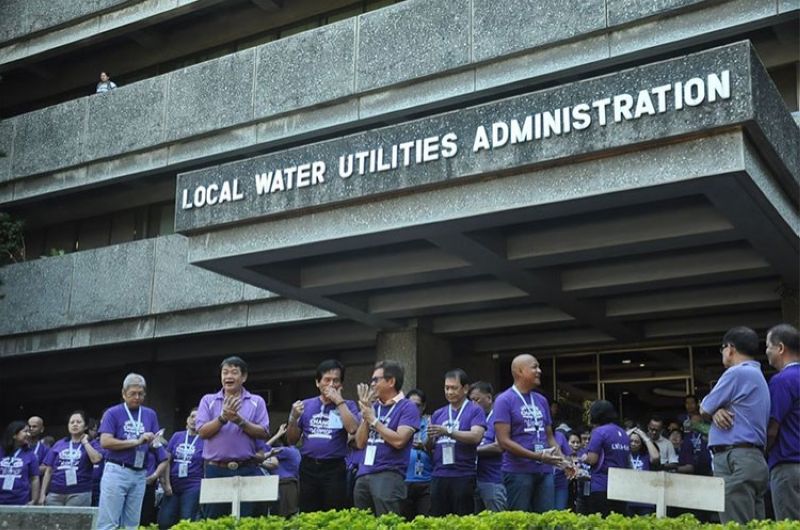 * PREGNANT OR JUST HEAVIER. Photo of a high-profile public official walking on the Sinulog parade route with a young woman who is apparently heavy with child. The pregnant look could be just a pound or two added by the holiday eating binges. Or she's pregnant again.

* 'ANGKAS' SUPPORTER OR WHAT? Another photo circulated was that of a former mayor back-riding on a motorcycle. Was he back-riding as supporter of the enterprise that uses the motorbike as some kind of taxi? He just probably found the motorcycle easier to navigate the Sinulog parade route with; the shift from cars was what surprised spectators.

The new directors still have to assume office though. As of Wednesday (January 22), they still have not started their collegial work as policy-makers of the water district.

Under the Provincial Water Utilities Act of 1973 (Presidential Decree #198, as revised in 2010), the appointing authority of MCWD directors is the mayor of Cebu City, whose residents comprise the greater number of the water district's clients. While the dismissal of a director or directors by the mayor requires review and approval by the Local Water Utilities Administration (LWUA) there doesn't seem to be a provision requiring approval of the appointment. As some kind of formality though, the local MCWD sends information and photos of its officials and employees to LWUA.

Why the need for the new directors to assume immediately and hit the ground running, with each board member, as a City Hall watcher quipped, carrying a pail of water on each hand and on his head?

The crisis has been left untended by the policymakers since the old board was dismissed and an "interim" boards took over.

First, the interim board was a three-person panel flown in from Manila. Then, a group of three holdout or holdover directors, remnants of the old board, declared they'd continue functioning as a board.

What's this we hear about LWUA holding its approval of the MCWD budget for this year until the new board will assume office and ratify the budget submitted or file its own? That means the new projects in the 2020 budget cannot start yet.

The board reps, again

The Provincial Water Utilities Act requires that the five MCWD directors shall be one from the "civic-oriented civilian" sector, one from "professional associations," one from "business, commercial and financial institutions," one from "educational institutions," and one from "the women's sector." From among them, they will pick a chairman. The board will also appoint the general manager, who may not be the acting GM.

The law provides for the manner of nominating and selecting the sector representatives but nobody through the years has questioned the choice of the appointing authority. The city mayor, presumably, is given the power to choose.