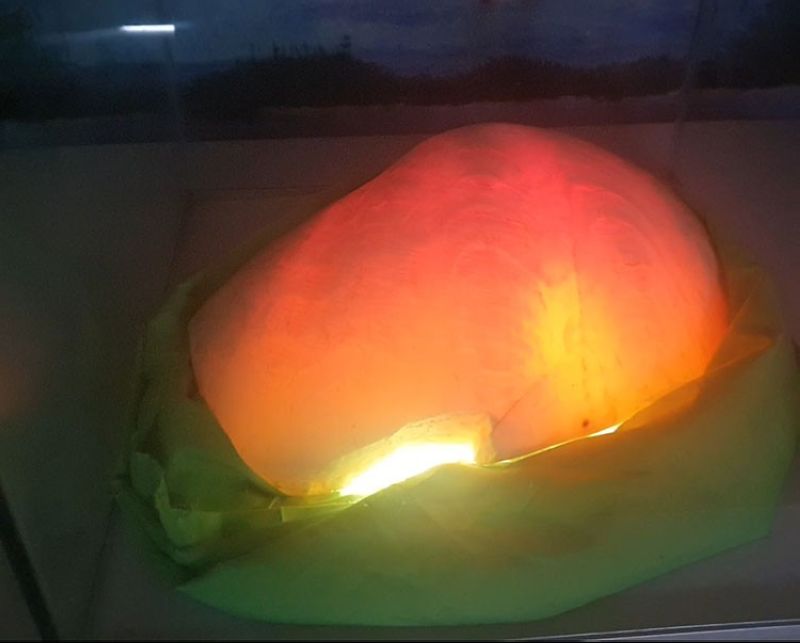 ILOILO. The giant pearl displayed in a room inside the Manukan Avenue, a restaurant owned by Jiji Flores. (Jun N. Aguirre)

KALIBO, Aklan -- A businessman has showcased to public a 13.75-kilo giant pearl to boost tourism of this town.

Jiji Flores said he got the pearl from a tribe member from Palawan in 2011.

"I first thought it was an ordinary stone. In 2016, I began to suspect it was a pearl because of what I am seeing in the news. I decided to have it checked with the Bureau of Fisheries and Aquatic Resources. I have decided to display it for public to help Kalibo in their tourism industry. I am willing to turn over the pearl to the local government if they could guarantee the security of the pearl," he said.

He named the gem as a Pearl of Berachah, a biblical word for blessing.

Flores said it is the second heaviest pearl in the country, as the Pearl of Allah in Palawan weighs 34 kilos.

"I was able to help a member of a tribe, the reason why it was given to me. He told me in 2011 that the gem will bring me fortune someday," he added.

At present, the pearl is being displayed in a room inside the Manukan Avenue, a restaurant owned by Flores.